Home » Diving sites » B-24 Liberator The Last One

B-24 Liberator The Last One Wreck diving 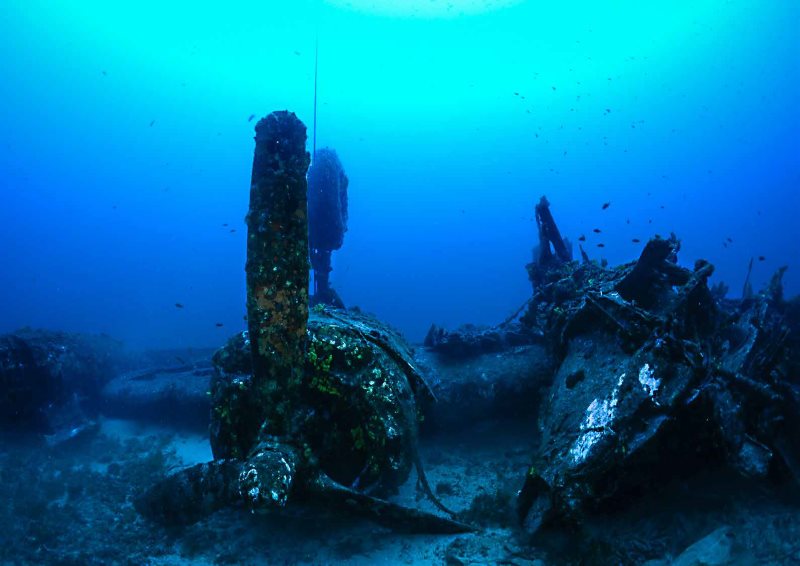 The undersea world around the Island of Vis is without doubt one of the areas in the Adriatic Sea that are the richest in the many shipwrecks here.

Throughout history there were very rough seas in which numerous ships, even airplanes have disappeared entirely. Two airplanes performed forced landings in sea near the fisherman’s village of Rukavac.

One of them is known as B-17 Flying Fortress, and the other is a B-24 Liberator. The latter is unique in the entire world because it’s the last ones of its kind that was ever been made. 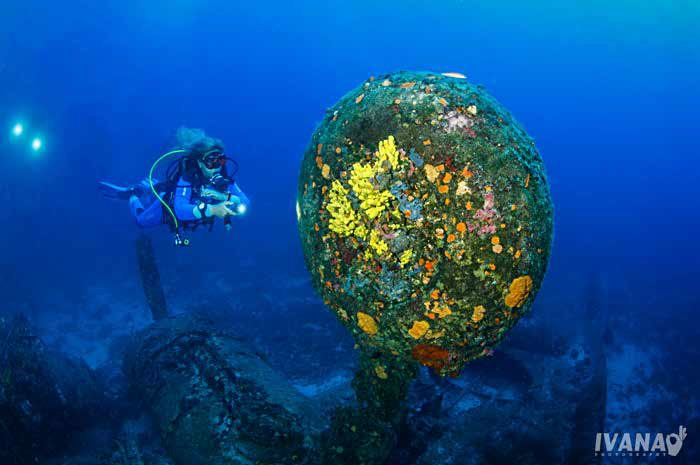 It’s been named Tulsamerican and on its fuselage it carries signatures of all the workers who helped create it. The sea in this area is pretty deep and it’s quite a coincidence that the Liberator now rests at the depth of 40 meters.

During the ditching on the water, the part of body with the vertical stabilizer broke off.

We had the opportunity to dive in the central part of the airplane.

The aircraft’s four engines can be seen clearly, the landing gear is still in the lowered position and parts of the cockpit, as well as many other smaller parts in a wider circle around the wreck.

This airplane was discovered in 2009, but until summer 2014 it was prohibited to dive around it, because of the research led by the Croatian Office for Preservation of Cultural Monuments.

According to the most recent information, there is a possibility that the location will be closed down for diving again this summer, because new research programmes are planned.

WORDS and PICTURES by Ianez Kranjc and Ivana Orlovic Kranjc 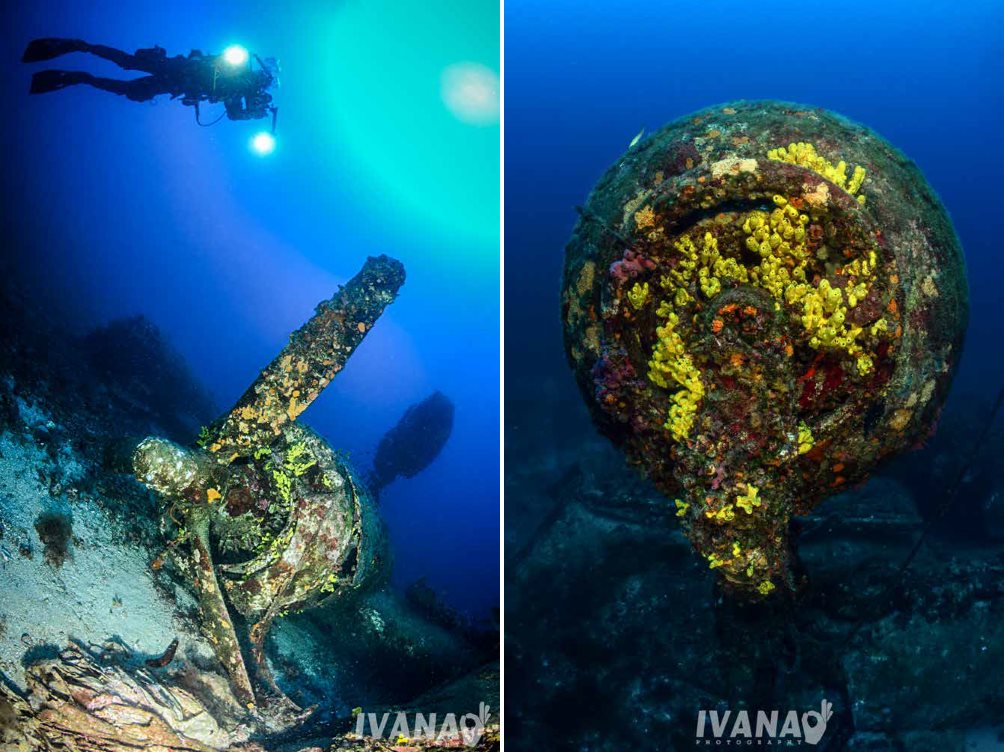