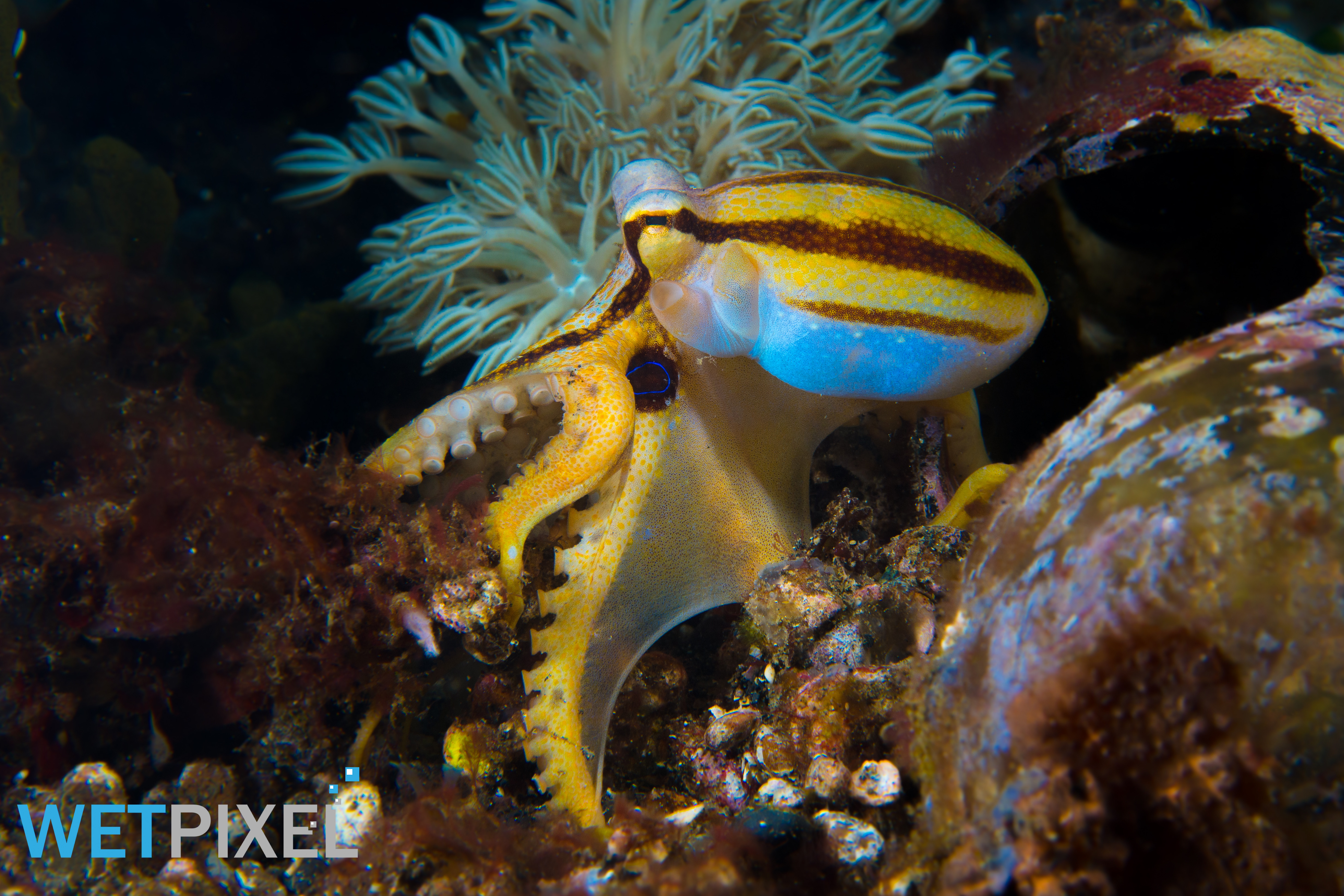 A mototi octopus (Amphioctopus mototi) emerges from the broken bottle that it has been using to shelter in.

Wetpixel (along with PADI) highlighted the issues around the ethics of capturing wildlife images in response to an image that had been widely circulated featuring a day octopus (Octopus cyanea) apparently “hitching a ride” on a Hawaiian green turtle (Chelonia mydas). Further investigation around the image revealed that the Smithsonian Magazine had featured the image as a finalist in their “Natural World” contest. 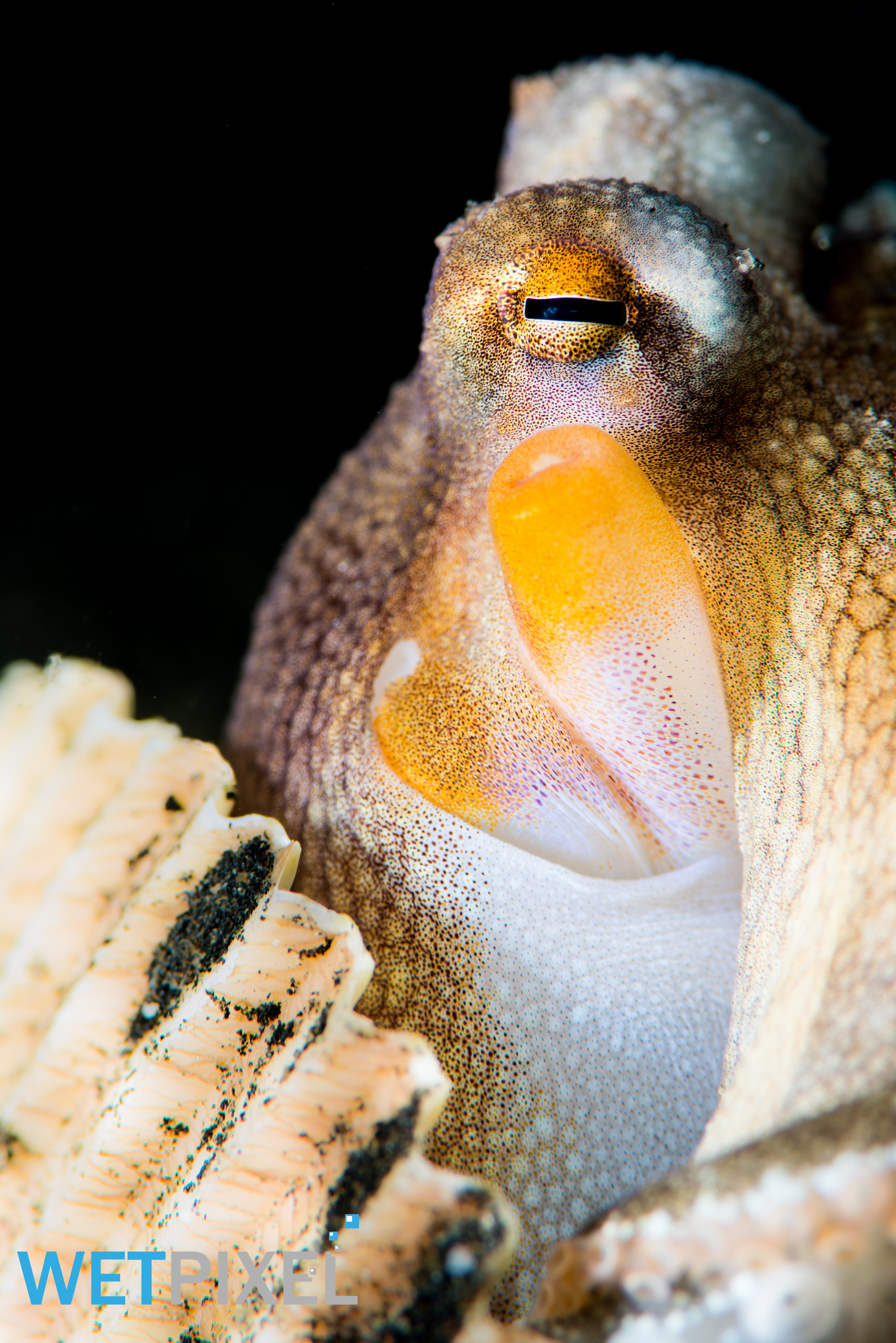 Wetpixel reached out to the Smithsonian pointing out the circumstances of its capture as related by the photographer’s own description and eventually received the following response (in full below):

“Thanks for the patience in waiting to hear back from us and apologies for the delay. This is in response to your inquiry about Michael Hardie’s photograph of the octopus riding the back to of the turtle.

We reviewed and researched the photo — the caption currently on the photograph is what was submitted — and concluded that his photograph did not violate the rules of our contest, as the image itself was not manipulated, nor did it contain “sexually explicit, nude, obscene, violent or other objectionable or inappropriate content” as described in our rules.

The phrasing about “manipulated” photos pertains to adjustments made to the image itself, such as those that would be made in Photoshop or other editing software. Since the 14th annual contest has long since closed, we aren’t going to revisit Michael Hardie’s status as a finalist, but we are going to take into consideration the issues you have raised with us as we review the rules of upcoming contests.”

The Smithsonian’s response suggests that it considers it is unacceptable to manipulate elements of an image during post processing, but that it was acceptable to physically manipulate a wild animal in order to obtain an image of unnatural but eye catching behavior. Of course, this ignores the effect of said manipulation on the animal’s welfare. 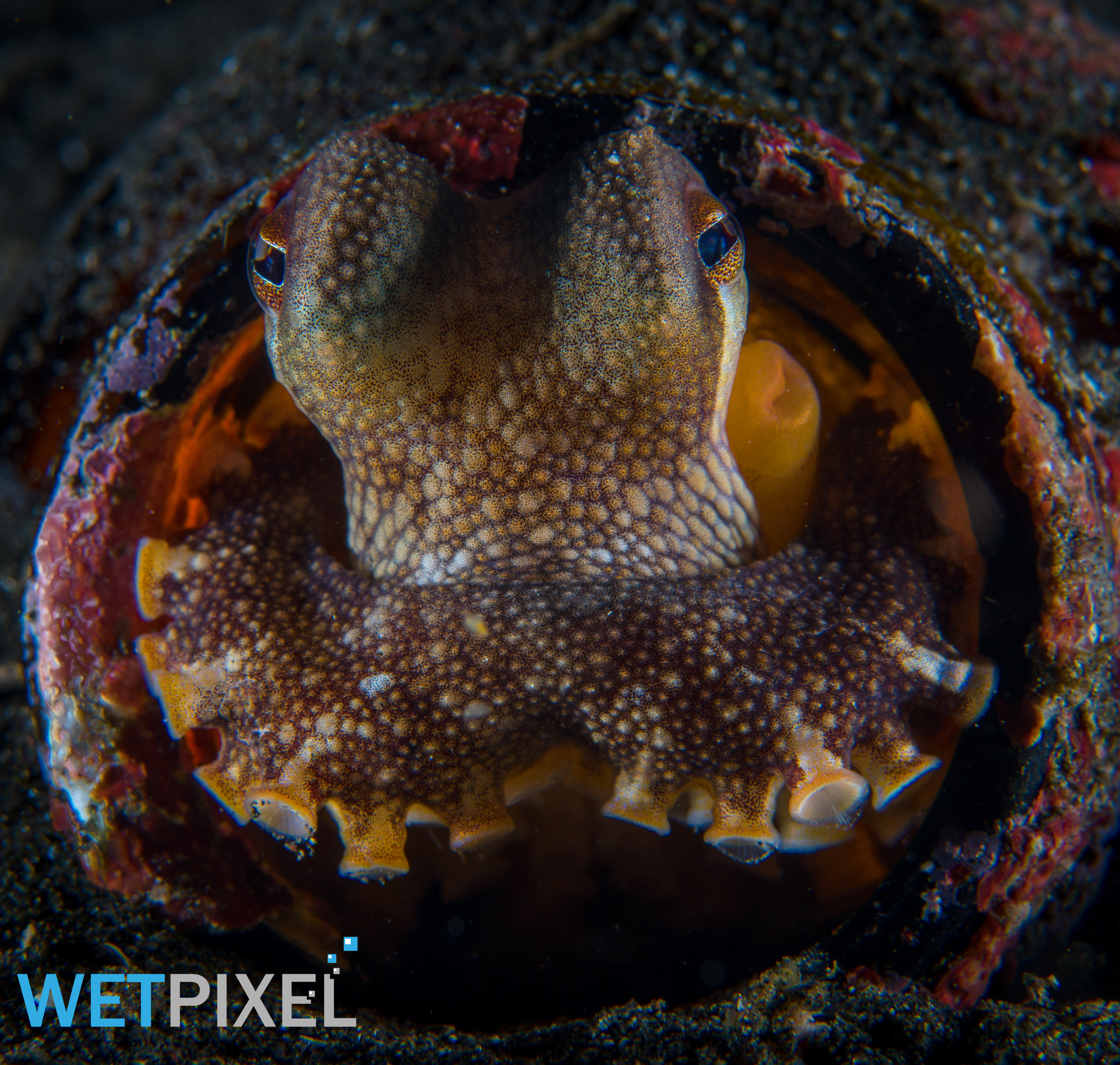 This veined octopus (Amphioctopus marginatus) had decided to use a discarded bottle as a place to shelter. Octopuses are charismatic and intelligent and are likely to be able to adapt to rapid environmental changes. Taken in the Lembeh Straits, Sulawesi, Indonesia.

Despite the Smithsonian running a contest featuring images of wildlife, they had no rules pertaining to the manipulation or welfare of wildlife subjects. In this instance at least, their “Natural World” contest awarded an image that depicted behavior that was certainly not natural.

It is interesting to note that the online photography contest site Viewbug also featured the image as their “Grand Jury Winner” in their “Animal Kingdom Photo Contest.” When the circumstances of its capture were reported to the organizers, it was removed. 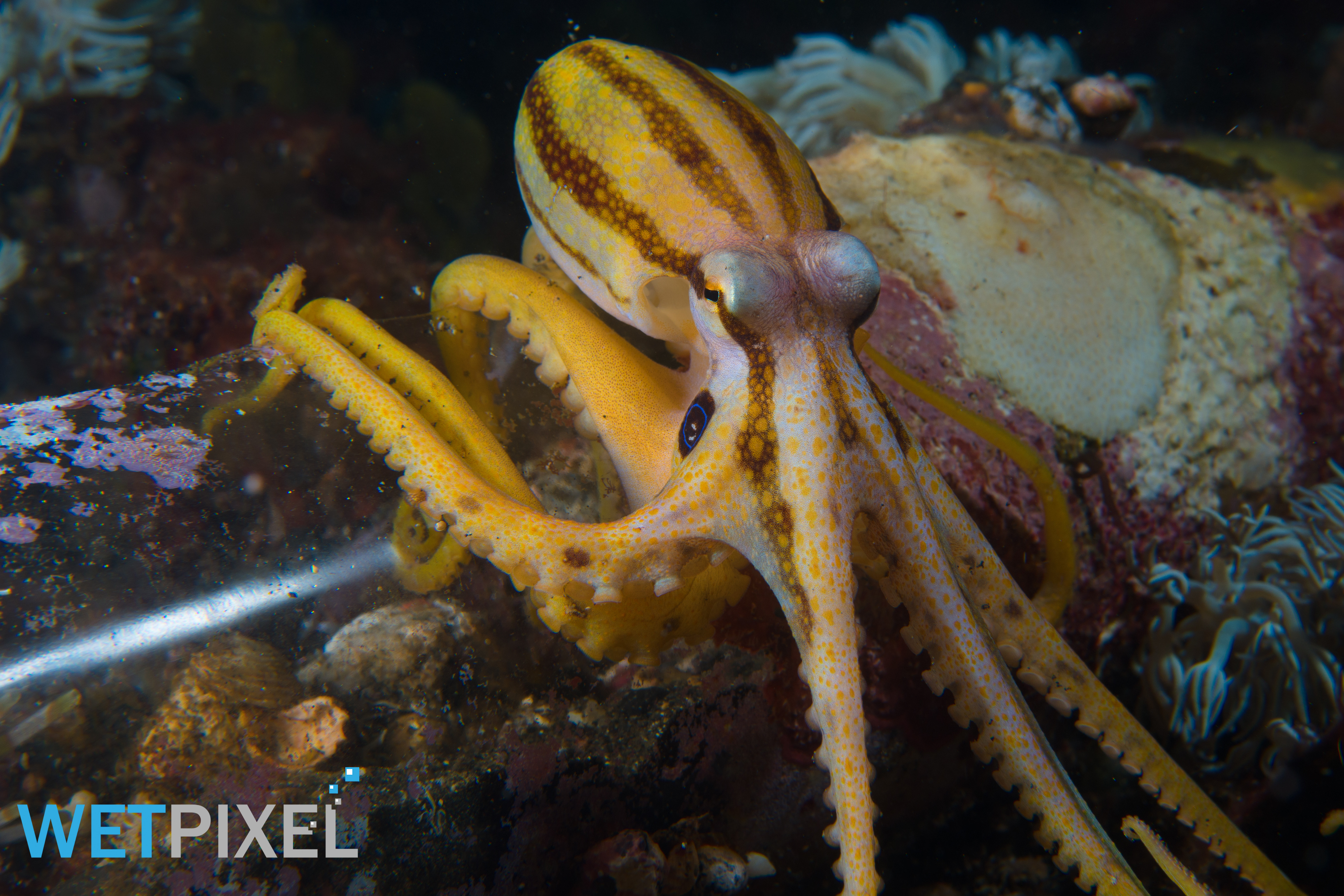 It could be argued that prestigious organizations like the Smithsonian should be held to a high level of accountability. They reach a vast number of people globally and are responsible for shaping people’s perceptions about many issues, including acceptable practices in the capturing of images. 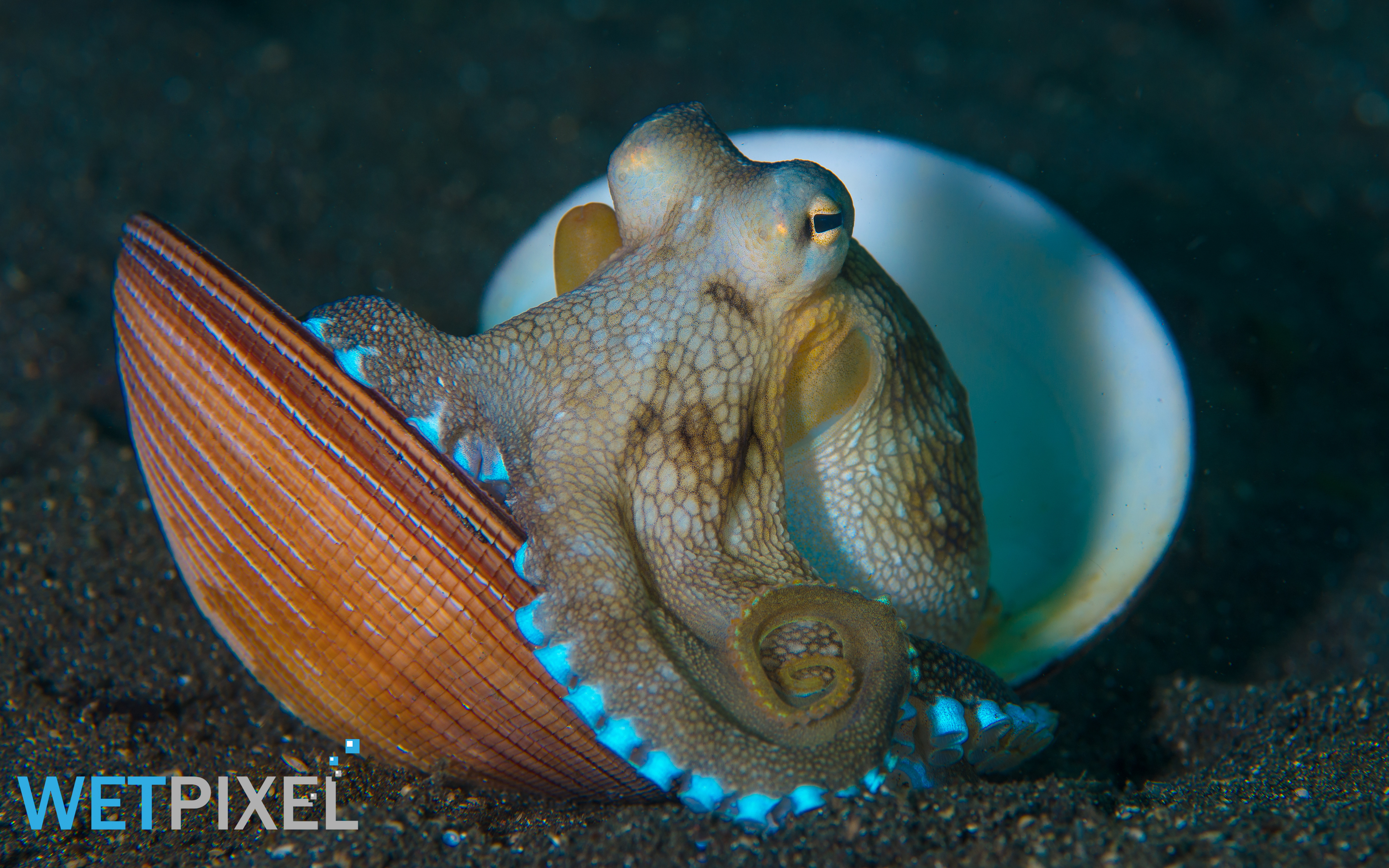 It is perhaps unrealistic to expect Smithsonian staff or contest judges to be able to discern unnatural behaviors in every instance, but they have been made explicitly aware of the circumstances of this image’s capture. Their refusal to remove it (and thus far to not publicly commit to preventing similar images from being featured in future) would suggest that they are shirking the ethical responsibility that should be incumbent on all publications that feature, show and share imagery of wildlife.