Coron, a place of history The perfect place for divers to explore an important part of history 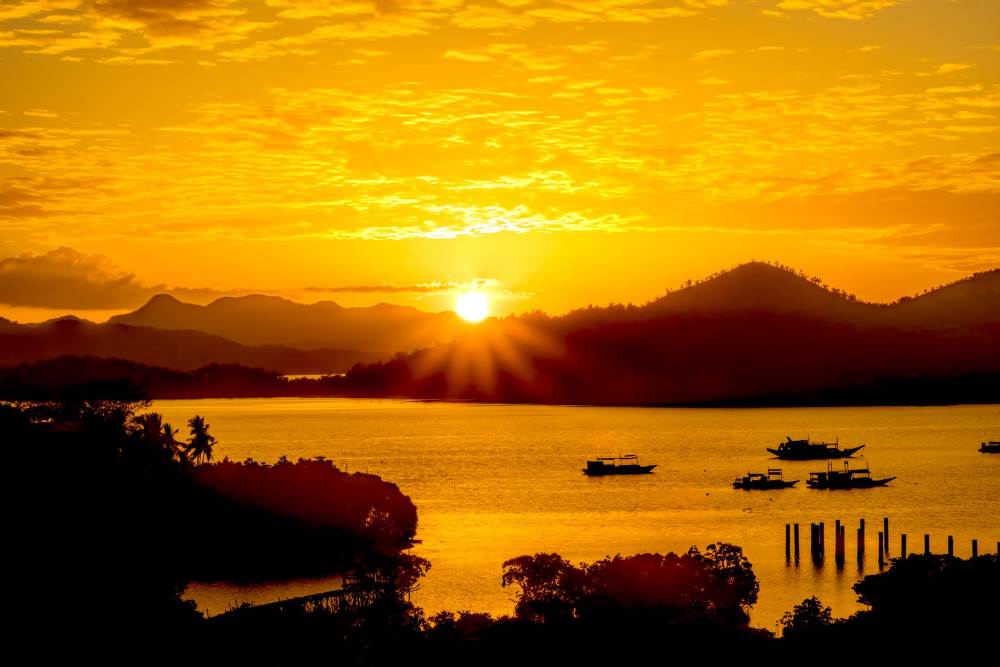 The end of World War II was near. The Western Allies already entered Europe on the D-Day, and fought back Germany from occupied lands like France. But another member of the Axis, Japan, did not think to retrench. In opposite, between June and October 1944, they enforced the occupation of the Philippines.

But also in the Asian region, resistance was growing strong. On September 21st, the Allies bomb the fleet of Japan in Manila Bay. 15 ships sunk, the other managed to escape.

Warships and carrier vessels, which transported food and beverages, building machines and concrete, headed south towards Palawan. They looked for a safe anchorage in the very fissured Bay of Coron. On September 23rd, they arrived and anchored in the region of Busuanga Island and Coron Bay.

Somehow, they have been discovered and in the morning of September 24th The Allies started the attack. 120 bombers took of from an aircraft carrier, located 340 miles away. In those days, this was a very long flight and the bombers had only a short time to attack. Within 15 minutes, they managed to sink 12 ships despite their counter attacks. Only Okikawa Maru could stay afloat, heavily damaged. Only a second attack on October 9th brought her to sink.

More than 70 years later, most of the wrecks of Coron are still in a fantastic shape. Sunken in the shallow waters of Coron Bay and Busuanga Island, they are perfectly placed for Divers to explore an important part of history. 70 years made the wrecks a great habitat for marine life.

The Travel has to be carefully planned to not get stranded.
I decided to fly Singapore Airlines from Zurich to Singapore and Manila. The comfort and the nice connections makes that part of travel very convenient. In Manila you need to stay one night, as the domestic flight to San Jose (Occidental Mindoro) leaves early in the morning. Be aware that this is not a daily flight.
The next part of the travel is by ferry to Coron. But of course this ferry leaves to early to be connected.

The best thing you can do is adding a short trip to the Apo Reef Club in Calintaan, only a 45 minutes bus drive away from the airport in San Jose. I propose to book there a 2 day trip to the Apo Reef.
This is a very pristine reef protected as UNESCO world heritage.
I propose the same on the way back from Coron, as again the connections don’t fit.
In Coron there are many places to stay.
The most beautiful one is Asian Grand View Hotel. You get a fantastic view over Coron Bay, which offers spectacular sunsets very often. 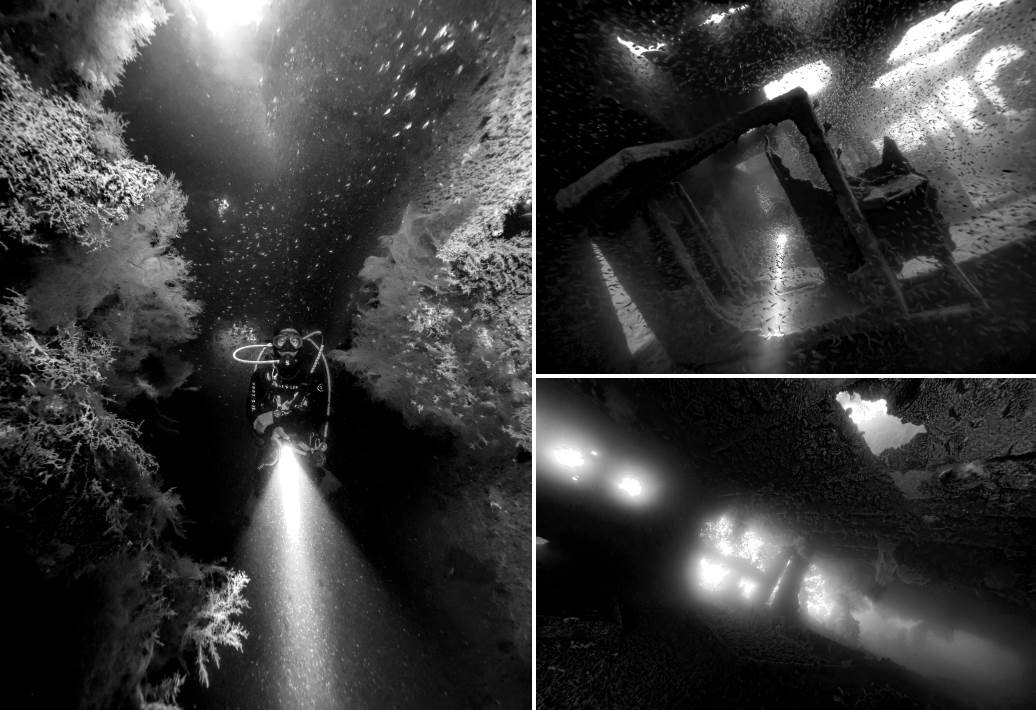 There are a lot of dive bases in Coron.
They open and close, some are more stable. I advise to check out the most recent reports on the well know internet platforms to get a good dive base.

Plan your Dives very well, not only in regard of the profile, but also in regard of the need of Nitrox which is not self-evident in all places.
There is a very good website www.coronwrecks.com about the wrecks and the dive sites indicating also the maximum depth and the certification level needed to dive safely.
It’s highly recommended to have a look at this page in advance for best experience.

The wrecks offer a broad variety of diving. There are huge vessels, most of them are more than 100 meters long. The longest is Okikawa Maru with 168 meters followed by Irako with 146 meters. It pays out to plan several dives there to explore the ships.

Some wrecks you can penetrate. The divemasters know exactly where to go, even if it’s very dark insight. Most of the time you can enjoy the beautiful lights, coming from the outside. Or fantastic coral gardens in the passages.

Of course, there are some leftovers like building machines, bottles, bags with concrete and lot more. On Akitsushima you can even find a triple anti-aircraft gun, which didn’t helped the ship at all back in 1944. Also a canon ball is still there. Of course, as the ships lay in shallow water, most of the machines, weapons and cargo have been removed.

The visibility is most of the year lousy but this makes a great, mystic scenery on the outer and inner sides of the ships.

Especially the skeleton wreck is such an example, or the kitchen area of Teru Kaze Maru, a small gunboat and submarine hunter. It’s also called East Tangat Gunboat which lead us to the difficulty of the ship names. During all the years, the names of the ships changed several times.

Kogyo Maru is a freighter laying on it’s side. There are six cargo holes to explore. A bulldozer can be found as well as bags of concrete. The Kogyo Maru wreck is also fantastic on the outer side which has grown to a rich habitat for marine life.

For the last dive at the end of an eventful day there is the Lusong gunboat which reaches just under the surface. The maximum Depth of this dive is 11 meters. This dive offers beautiful corals and a marvellous play with the surface.

Summarized, the wrecks of coron offers a deep dive into history.
They offer also a rich marine life in and out of the vessels. But you can also dive the Barracuda Lake or the Cathedral Cave if you need another dive between the wrecks.

WORDS and PICTURES by Henry Jager