CUBA To the end of the world...and beyond! 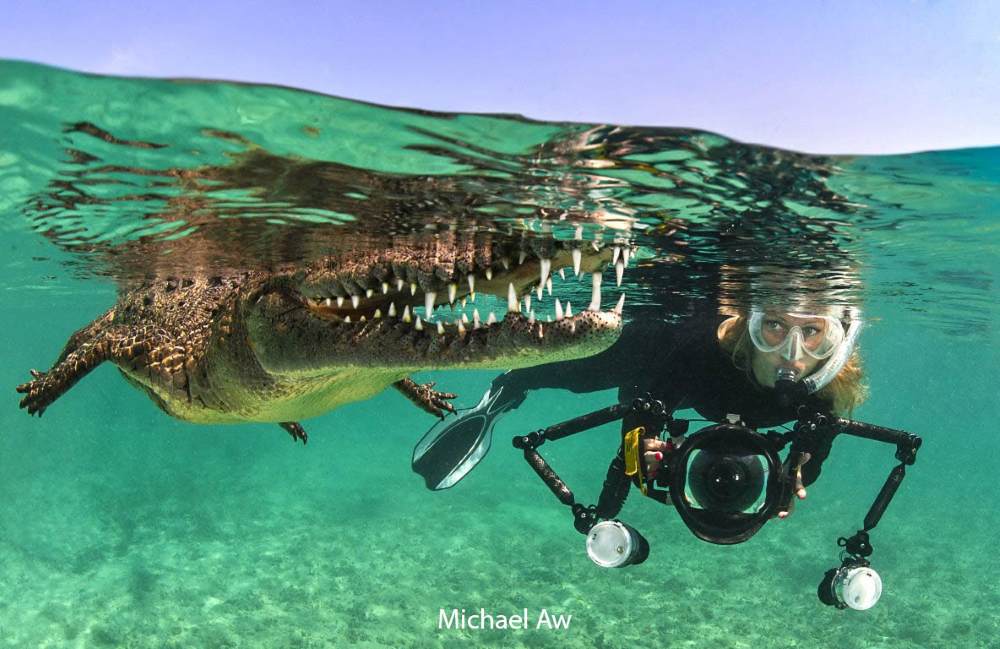 You can get the picture about how remote this place is, if I tell you that I’ve been traveling by car, plane, bus, and boat – for three whole days! It’s a hidden paradise for divers, underwater photographers, and especially, videographers. Decades of economical embargo, and political isolation, left this place untouched and its nature pristine. Few divers had a privilege to be here and enjoy its unscathed nature, and abundance of wild life.

There is no commercial fishing there, oil pollution and big commercial ship routes. This is a place that humans didn’t ruin…yet.

On the ship, surrounded only by the sea as far as eye can see , for a moment I couldn’t believe that anything would appear out from this infinite blue of sea and sky. And then, far on the horizon – a group of small islands, archipelago Jardines de la Reina. Hidden in the mangrove forest, a hidden lagoon. Tortuga is a small floating hotel, with full diving logistics, but unfortunately, with capacity of only for about fifteen divers and staff. My amazement with the beauty of the surrounding, was interrupted by a warning: “We remind you that you are guests here, so act like one. Gustav will be watching you”. Gustav is an American Saltwater Crocodile, 3 meters long.

For the first time in my life, I had the opportunity to watch the sunrise at 6.25AM on one side of the horizon and the moon setting on the other, while drinking cappuccino and chatting with my new friend – Gustav. Surreal experience for me and in days to come, I will have many more.
I had a strong, unfulfilled desire, to dive with crocodiles, so i jumped to the chance, when the world famous photographer Michael Aw (director of Ocean Geographic Society) ask me to be a part of his expedition.

We made a deal: I would be underwater model for his photos and in return, he will arrange for me to dive with crocodiles and sharks, in the way I wanted to – face to face. 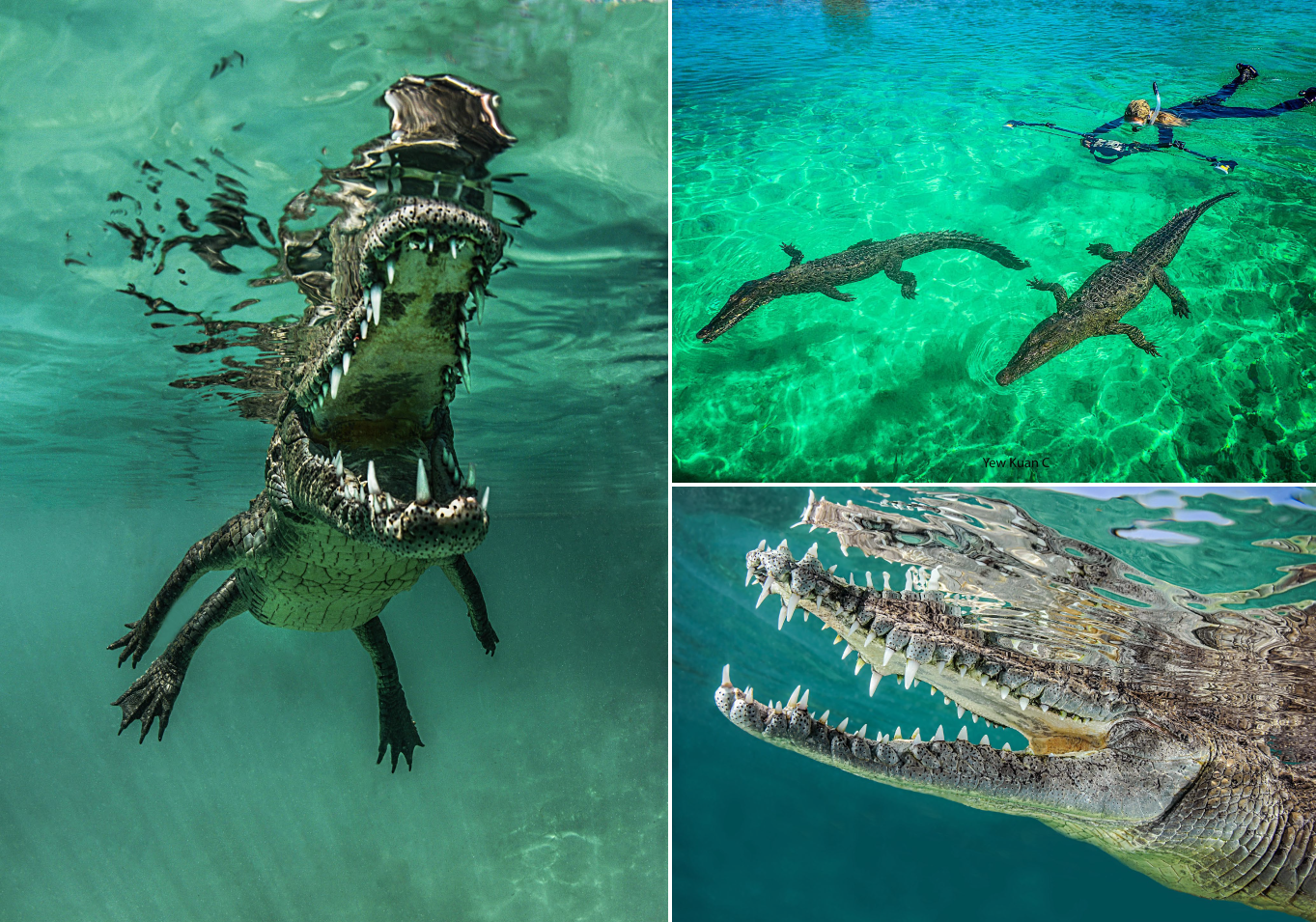 The habitat of the American Crocodile are primarily coastal areas. American Crocodile is the only species other than the Saltwater Crocodile (C. porosus) to commonly live and thrive in salt water. They can be found on the beaches and small island formations, without any freshwater source nearby, such are the many cays and islets across the Bahamas and the Caribbean.
Despite their large size, American Crocodiles do not usually attack large animals, as most large crocodilians do. Fish, reptiles, birds and small mammals, make up the majority of their diet. On occasion, large mammals such as deer and cattle are taken. Like any other large crocodilian, the American Crocodile could be potentially dangerous to humans, but it is not a very aggressive species and attacks are rare.
In the continental rivers, a size of an adult male, can range from 2.9 to 4 m in length and weigh up to 382 kg. Females can range from 2.5 to 3 m and weigh up to 173 kg.

The American Crocodile is considered an endangered species, in nearly all parts of its North, Central, and South American habitat.
After entering one of the secluded lagoons, the boat stopped and the captain Noel started to lure “El Nino”, the biggest crocodile in the family. After two minutes or so, out of the mangrove forest, pairs of eyes started float closer to the boat. Soon, we were surrounded by four crocodiles. On Michel Aw’s sign, we slipped in to the water, armed to the teeth with cameras, flashes, light hands and ports. I was happy that I’ve carried my new impressive Keldan light, which with the rest of my gear, looked pretty imposing and trusty. With mask, snorkel and diving suit on, and my rig in hand, I slipped into the water as quietly as I could. For the first time in my life, I regretted for not having eyes in the back of my head. However, I was grateful for having Sarah-Jo Hyphen Magner-Lobwein, a brave woman but without even a camera to shield her. She was our guardian angel. She was always a few meters away from us and informed us if a new crocodile entered a pack.

As long as you have them in sight, things are under control, but when a crocodile dives down, kick up the sand from the bottom and gets “somewhere” below your feet, then you suddenly get very nervous. Crocodiles were been fed from the boat with chicken, that their favorite delicacy.
Crocodiles are very gracious, their skin softer than any crocodile bag, belt or shoes you have ever touched. If any photographer got to close, they would open their jaws, showing rows of sharp teeth. This gesture would show that you were outside of the boundaries of their comfort. On the last day of diving, a smaller crocodile, about 2m long, followed me for about 20 minutes. I realized that he wanted to socialize, but I couldn’t know what that exactly included, so I put my robust Subal underwater housing between us showing him that than we are about the same size (although with not quite same number of teeth).

Some asked, why I wanted to dive with such dangerous and unpredictable animal? My primary objective and desire, is to dive with all living beings that inhabit rivers, lakes, seas and oceans, to observe their habits, behavior and evolution. Sometimes, of course, those encounters, although well organized, can go wrong. Nevertheless, there are two kind of people on this planet:
Those who listen to the music enjoying their favorite cup of coffee, and explore our beautiful blue planet on the net, and there is the other kind. The kind that would drink their coffee and then jump in to the water and live the adventure. I don’t have to point out which kind of person am I, and thinking about it, I don’t even drink coffee at all.

When I chased sharks with my objective around the world, I always try to get close to the sharks, but it is not always easy. If I accelerate, they accelerate, if I slow down, they would slow down too, but they always keep distance. This time, it was the opposite. In this part of the world, sharks don’t recognize humans as enemies, so they allow people to get closer.

Of course a can of sardines, their favorite delicacy, helps too. When you say shark, the first association is dorsal fin cutting the surface of the water, circling around you. And the chills! The chills, that’s the exactly that we want, but the kind of chills you get when you jump into their world and became a part of the pack. Some of them will just pass you by, some will rub pelvic fin against your side, some will just come to take a closer look. In those moments, you do your best to capture that particular moment that you will tell you grandchildren about. 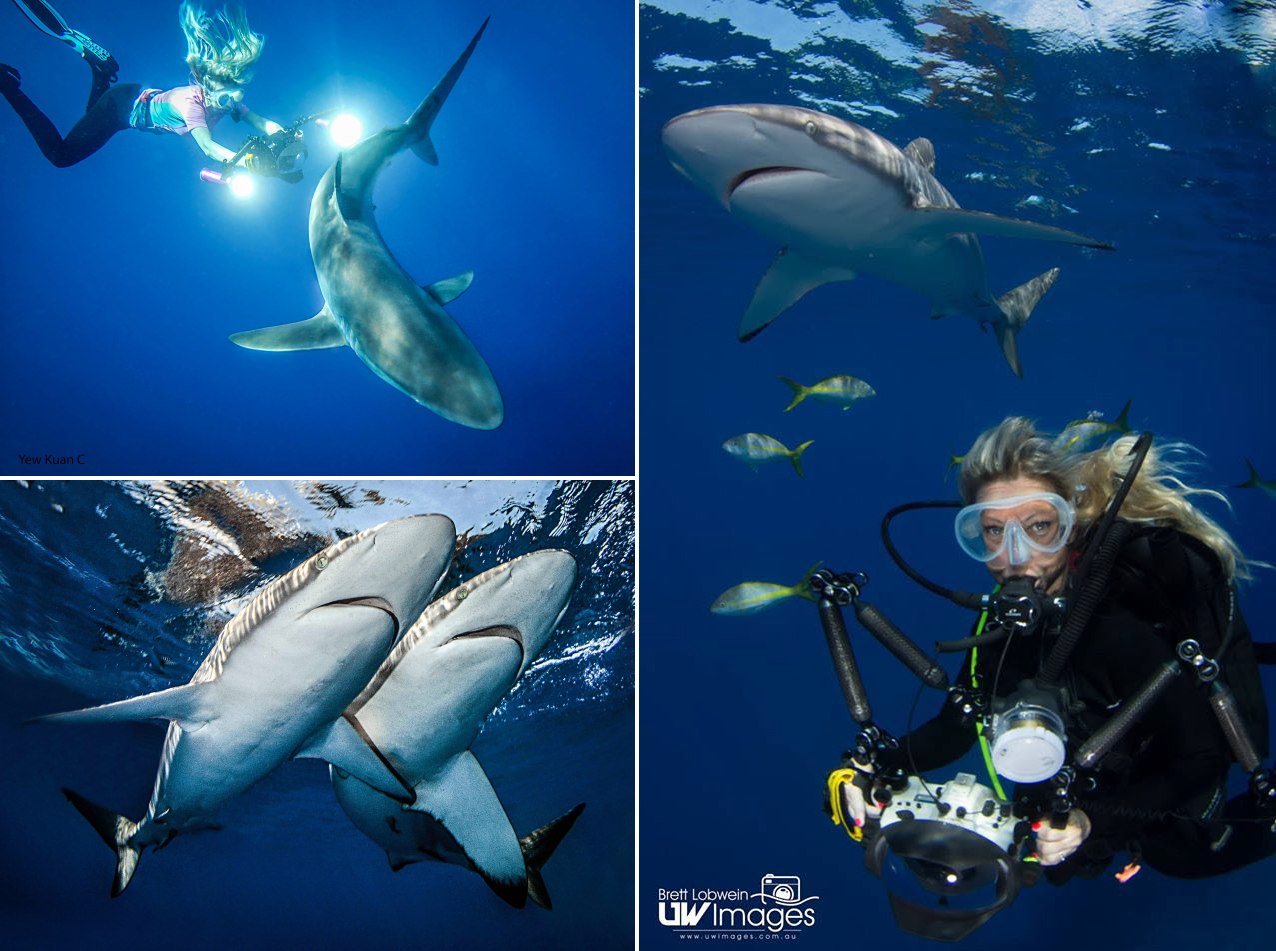 The Caribbean Reef Shark is the most commonly encountered reef shark in the Caribbean Sea. Measuring up to 3 m. This species is responsible for a small number of attacks on humans. This shark breed is been actively fished, for its meat and liver oil.
Silky Shark is named for the silky look of its skin, with average size between 200 and 240 cm, maximum about 330 cm. This shark is not shy and will attack when provoked. Divers are encouraged to keep their distance from the Silky Shark.

This time my heart was conquered by Cariban reef and Silky Sharks. So gracious, so dominantly they slide silently around you.

You can hardly imagine how much I was thrilled when Michael Aw asked me if I would like to learn how to put shark to “sleep”. I have learned from the local scuba instructor, that the maneuver is completely harmless to the sharks. It is an amazing feeling, that powerful and dangerous animal like that ,relaxes in your hands in such manner. When you wake her up, you can feel all the strength of her body and no matter how much you wont to follow the rhythm of her swimming, it is an impossible task.

I don’t know if I will ever come back to this divine place ever again, because there are so many seas and oceans to be explored, but I know that this place will always stay in my heart, as well as the memory of diving with crocodiles, sharks and big groupers. I sincerely hope, that despite the forthcoming changes in Cuba with its opening to the world,

will remain a time capsule like it is. I hope that man will not find a way to destroy it, in the years to come’. 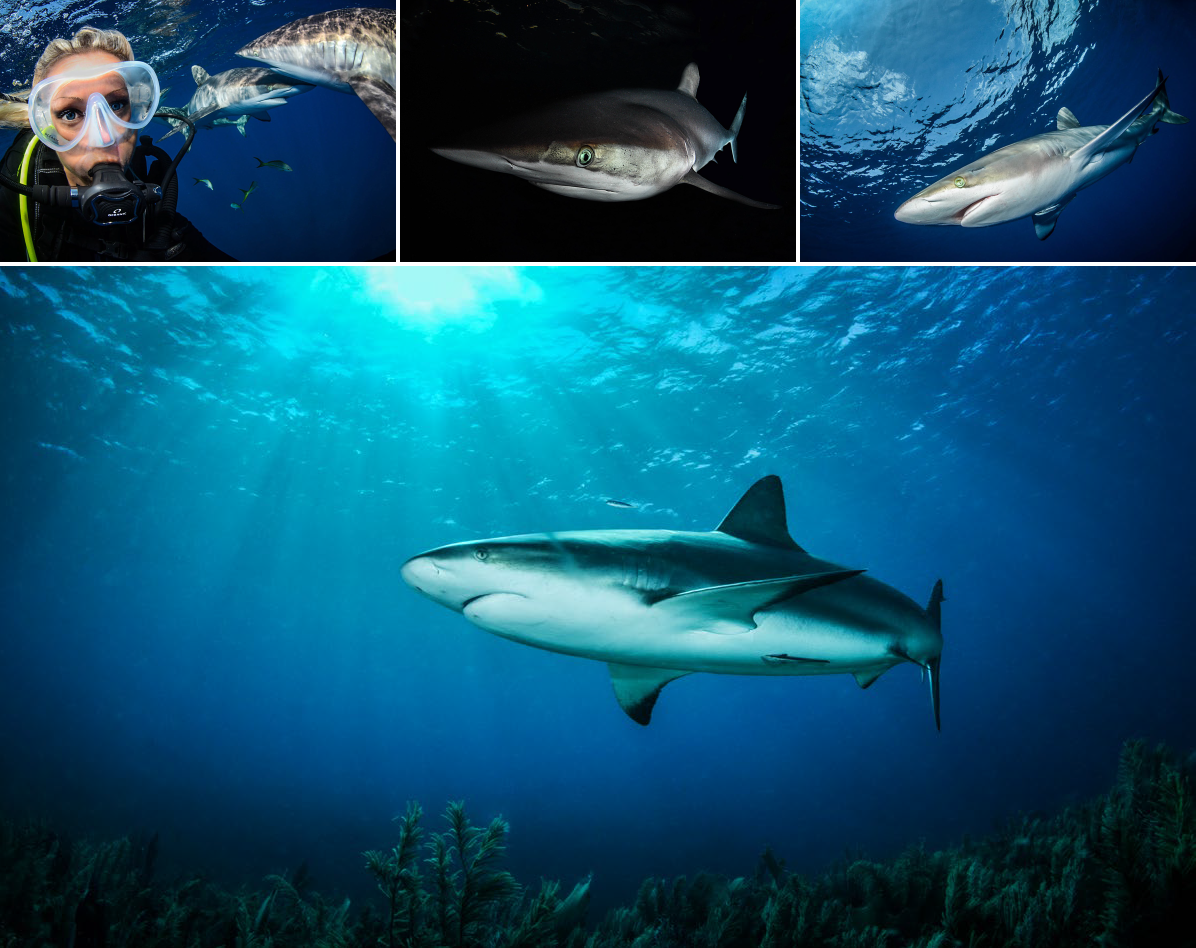