Home » Environment » Jellyfish: to pee or not to pee

Jellyfish: to pee or not to pee The critter corner 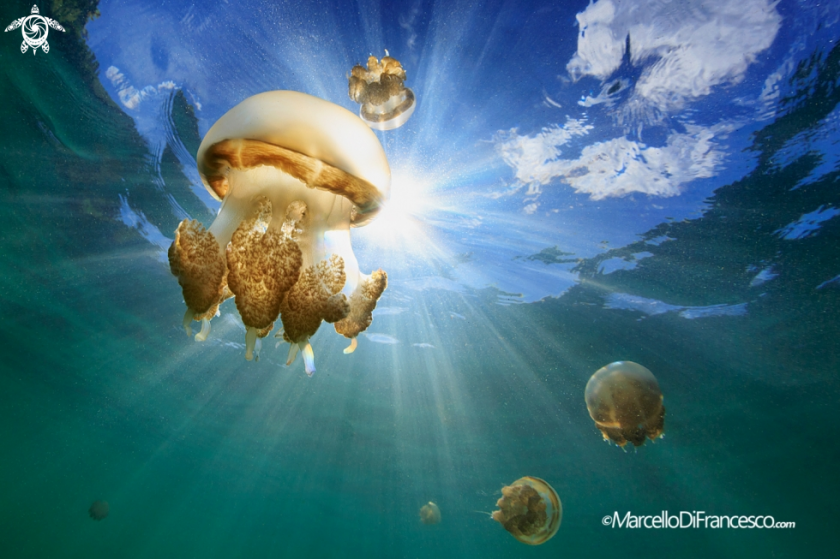 To Pee or Not to Pee, that is the Jellyfish question.
Before I go into the fascinating facts about Jellyfish, I figured I’d answer the most important Jellyfish question of all.
Will it help if someone urinates on my Jellyfish sting? The answer to this is NO, this is not a helpful activity.
Hopefully this article saves a few individuals from a potentially embarrassing situation.
Jellyfish sting by shooting poison darts, nematocysts, into their prey or an unsuspecting diver. These darts are generally located on their tentacles but are also found on the bell of some species.
Any change in salt balance to the mechanism a Jellyfish uses to sting, cnidocytes, causes it to fire. Given that, rinsing in fresh water and yes, urinating on a sting makes things worse… unless, you pee saltwater.
A remedy that does do a reasonably good job of relieving pain is vinegar. It does this by rendering the stinging darts inactive.
In addition to the above process that takes a mere 1/1,000,000 of a second to happen, there are many more fascinating facts about Jellyfish.
A Jellyfish’s body is roughly 95% water and is mostly made up of a jelly like substance called mesoglea.
They can be found in all of earth’s oceans and even in some freshwater lakes. Variants of their species have been in our oceans for over 500 million years. Today, there are over 10,000 species of Jellyfish. The largest of the species, the Lions mane jellyfish, Cyanea capillata, can reach over 30 meters long. At this length, it is longer than a blue whale.
They prey upon fish and plankton that they capture in their tentacles. Although their stinging abilities are a fantastic defense mechanism, they are still prey to thicker skinned predators including Sea turtles, Sharks and Sunfish. Some species of Nudibranch actually eat the tentacles of Jellyfish and retain the stinging capabilities of them to be used as their own protection.
This willingness to eat Jellyfish by other predators can actually be dangerous to them for other reasons.
Plastic bags are often mistaken by predators for Jellyfish. More than 100,000 animals die every year after ingesting or becoming entangled in plastic bags.
With its unique defense mechanisms and staying power, it’s no wonder scientists have looked to the Jellyfish for answers. The stinging cells of Jellyfish may one day model the way injections are made and fluorescent proteins taken from glowing jellyfish are now one of the most important tools in medicine, used in everything from brain mapping to disease research.
Most jellyfish have a relatively short life span that ranges from a few days to less than a year. Some of the more minuscule species only live for a few hours. Oddly enough, some Jellyfish have “immortal” properties. It can be argued that the immortal Jellyfish, Turritopsis dohrnii, ages backwards. When a crisis like starvation presents itself, the Jellyfish’s cells transform to their earliest form and become ready to grow again another day.
Should you come across a Jellyfish, observe, appreciate and be careful.
And if you get stung, remember, not to pee is the answer. 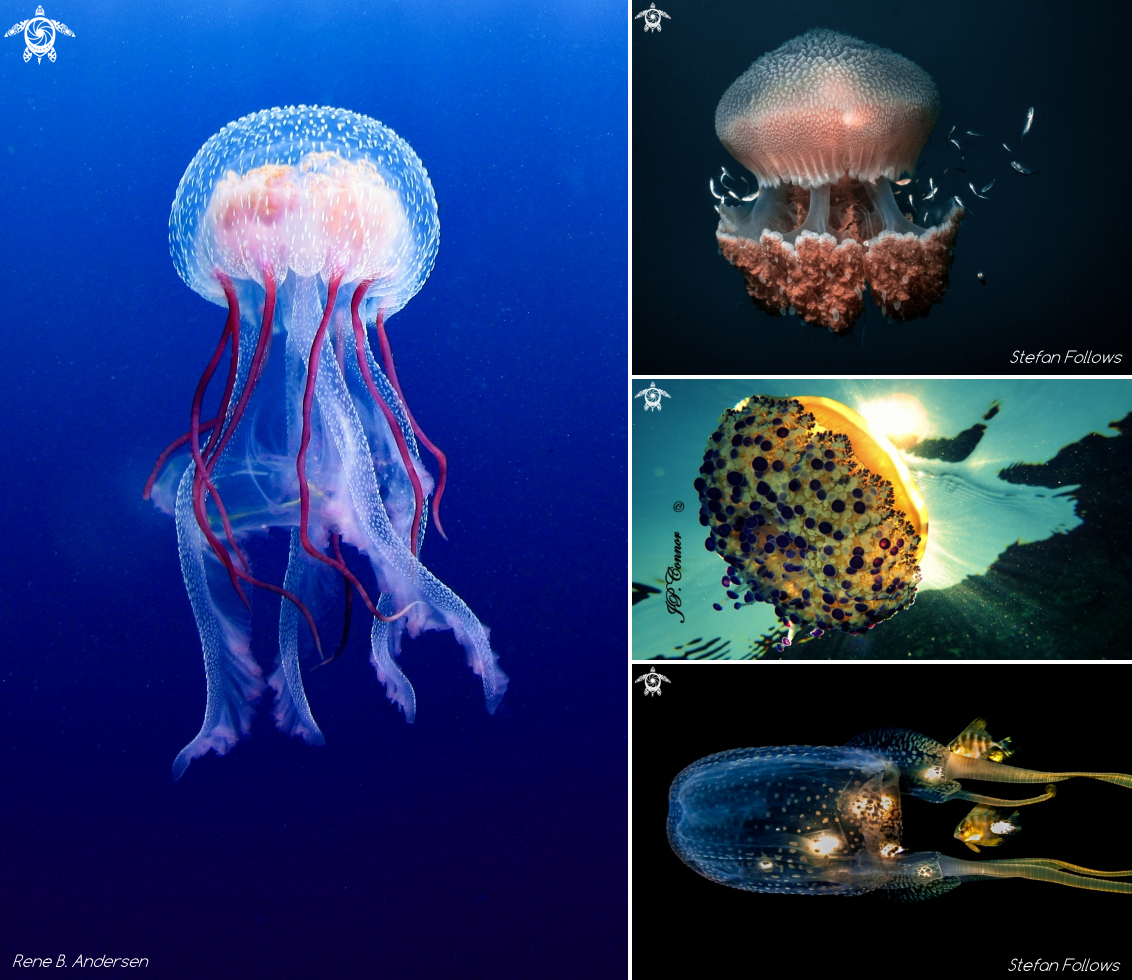