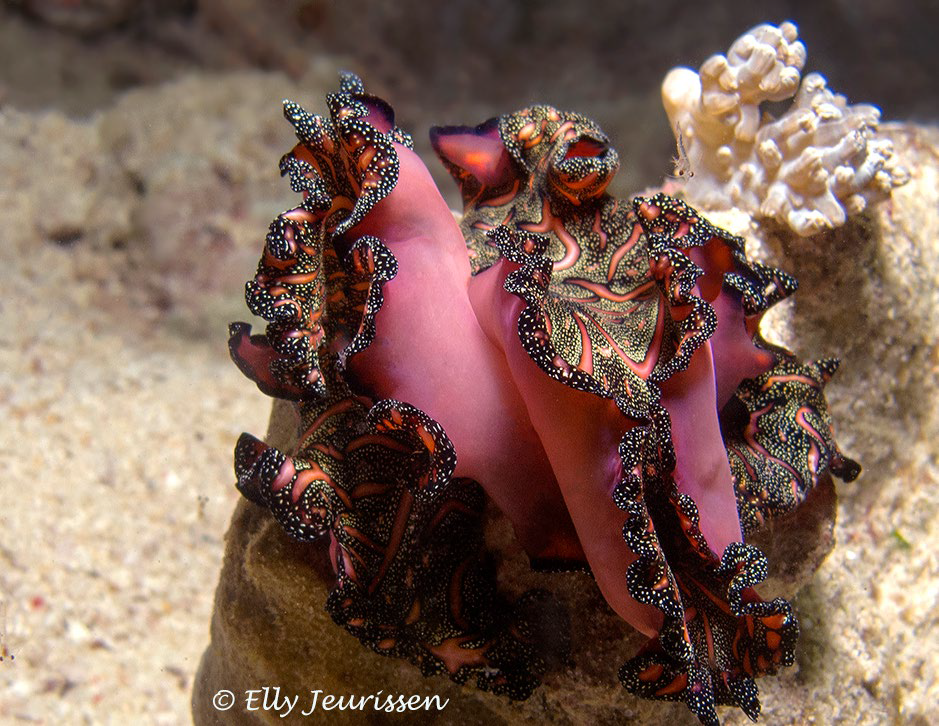 Malapascua is a Filipino island, situated in the Visayan Sea, located across a shallow strait from the northernmost tip of Cebu Island. Malapascua is a tiny island (± 2.5 kilometers long,1 kilometer wide), and has eight hamlets in the center of the island.

The trip to Malapascua can be a bit challenging, especially for visitors from Europe or the Americas. If you are travelling from these parts of the world to Malapascua, you have to be prepared for a long, exhausting trip.

With international flights from Singapore, Hong Kong or Kuala Lumpur e.g. or domestic flights you arrive in Cebu, at Mactan Cebu International Airport. From there it will take 3-4 hours by car or by bus to the little harbor of Maya in the north. There is only a two lane road going north to the little harbor, with the usual Filipino traffic…

When we visited Malapascua, we booked and organized the whole trip ourselves. We were picked up at the airport by a car from SeaQuest and in Maya by a boat, also from the SeaQuest Dive Center itself. I think other dive centers offer this service too. If you book your trip through a travel agent, mostly transports from and to the airport and boat trips are included in the package.

There is also a ferry between Maya and Malapascua which sails several times on a daily basis.
The boat trip is about 30 minutes.

We visited this beautiful bounty island 2 times, in 2013 and 2014, staying both times for 3 weeks in the Malapascua Legend Resort, back then the only hotel with a swimming pool. The rooms were nice and spacious. A plunge in the pool was a real treat after a day of diving.

For some people a 3 weeks stay at this rather small island might be too long. Therefor a stay at Malapascua is often combined with stays on other islands (island hopping) like Leyte, Cebu (Moalboal) or Bohol, only to mention a few possibilities.

As I already mentioned, we dived with SeaQuest Dive Center. This was very well organized, with an excellent, friendly staff. The dive center is located on the premises of the Legend Hotel.
But there are quite a few other dive centers on the island, some of them affiliated with hotels, others operating independently.

There are hotels in different price categories, and all of them are more or less situated along a pristine white beach at the south-east side of the island. Hotels are interspersed with restaurants, small bars and dive centers.

Within the villages, local restaurants can be found too. It really pays off to visit those locals occasionally. The food is very affordable and really tasty. Visiting these local restaurants will give you a better picture of the real life in Malapascua and you can meet the friendly locals.

There are no paved roads on the island, and even better: no cars! Local people use small motorcycles, but these are not allowed in the hotel areas.
Don’t expect much entertainment. It is a quiet holiday destination, but great for diving and relaxation. Now and then a hotel, bar or restaurant organizes an evening with music and dance, but all on a small scale.

I really liked the laid back atmosphere. Sipping your cocktail at a beach bar at sunset, with your bare feet in the white sand…getting the picture already…?
Furthermore your stay on the island will be perfected by the friendly people, the excellent diving opportunities and the enormous variety of unusual critters.

The number-one dive site of Malapascua is Monad Shoal, a natural cleaning station at 20 to 24 meters depth. The site is best known as the world’s only place where thresher sharks can be seen regularly before sunrise. The shoal also attracts other pelagic such as devil rays and eagle rays. Manta rays and hammerheads are seasonal. Unfortunately most of the coral reefs at the shoal are damaged by destructive fishing methods. Next to Monad Shoal is Kimud Shoal, where schools of Hammerhead sharks and other pelagic are spotted frequently in the right seasons.
All dives in Malapascua are boat dives. There are plenty of dive sites at the east side of the island, all reachable in 5 – 15 minutes. Also some dive sites at the north and northwest side. Most of the local dive sites are sandy areas with scattered coral blocks and vegetation, great for muck diving.
A few dive sites are situated in the leeward sides, and therefor don’t have any currents, but on most dive sites you can experience more or less strong currents. A few dive sites can only be visited a few times a month due to extreme strong currents most of the times.

You can find a huge variety of crabs, shrimps and nudibranches. Furthermore harlequin – and mantis shrimps, anemone fish, (flamboyant) cuttlefish, ghost pipefish, (blue ringed) octopus, tube worms, blennies, frogfish, mandarin fish (pygmy) seahorses, flatworms…
I think I forgot more than half of what you could encounter on a daily basis at the Malapascua reefs.
I was surprised more than once by yet another critter I didn’t see before…
If you are more interested in the big stuff, you might get a bit disappointed with the dive sites in Malapascua. As I mentioned before, the bigger pelagic marine life is found around Monad Shoal.
Then there are reef sharks, turtles etc. which can be found at Gato Island.
But overall I think Malapascua is pre-eminently a macro destination, so if you are a macro lover, you are in the right spot!
Malapascua can be a guarantee for a great holiday, but unfortunately there are downsides too. There is still quite a lot of dynamite fishing going on, despite of prohibitions. The government is trying to guard the waters and catch offenders, but the area they have to cover is far too big for the few cost guard boats that are available.
We experienced the dynamite blasts ourselves during a few dives; we heard the loud bang and felt the pressure on our chest and ears. It really scared the hell out of me!
But even worse is that due to that dynamite fishing, much coral reefs surrounding the island close to the shore are totally damaged.

Best visiting time is February to May (dry season, calm sea), but this is also one of the busiest times of year, so be sure to book well in advance.
“Rainy season” is from June to January; “typhoon” season from July to October.
Normally typhoons are not too intense because Malapascua is protected by the islands Leyte and Cebu.
However, in November 2013 the islands Malapascua and Leyte were severely hit by a category 5 typhoon called Yolanda (or Hainan). In a span of just a few hours both tropical paradises were destroyed. On Leyte in particular, many people died because of a huge tidal wave.

We had already booked our trip to Malapascua in April 2014, when we heard about the typhoon in 2013. At first we thought about rebooking our trip to another island, but then we realized that Malapascua is entirely dependent on tourism and the best way to support the inhabitants was by pursuing our travel plans as before, despite of the damages above and under water. A decision we did not regret for one second!

What were our findings in April 2014?
The tourist areas were all cleaned up already, hotels and most restaurants were rebuilt. We didn’t experience any problems with finding a restaurant or bar.
During our stay the damages in the villages were still evident though. But that was in April 2014. I think now there will be only a few small signs left of the devastation after the typhoon.

Most eye-catching still will be the declined number of palm trees. There had been a substantial clear-cutting among palm trees and other vegetation. Consequently there was much fewer shade, especially in the villages.
New palm trees were already planted in April 2014, but they will not have fully grown yet.

Also some reefs suffered substantially from the typhoon, mostly in the shallow parts. My personal favorites, the local dive sites called Ka Osting and Bool Reef, were completely destroyed. Such a pity!

Other reefs like Chocolate island, Gato island, North Point, Lighthouse etc. had been damaged too, but still nice hard and soft corals could be found there in the more deeper parts.
Also Kalanggaman Island, a bounty island which could have been cut right out of a Bacardi advertisement, was hit hard. After the storm the island was merely half covered with trees.
But the total destruction of the beautiful reef top of Kalanggaman was what shocked me most. In 2013 this reef top was simply stunning, all covered with hard and soft corals and teeming with marine life. In 2014 all that was left was a plateau of bare rocks. Locally some soft corals were trying to get a foothold but that was it.

Fortunately the drop-off at Kalanggaman was beautiful as ever.

Don’t get me wrong, This is not only an elegy about Malapascua. There are still plenty beautiful reefs to visit. In particular the more deeper parts of the reefs are intact and also those parts that were in the leeward side during the typhoon, were saved. And the recovery of the reefs will already have been started.

Therefore our conclusion can only be that, despite of the setbacks due to the typhoon in 2013, Malapascua is absolutely worth a visit.

And it is a heaven for macro photography…

WORDS and PICTURES by Elly Jeurissen