Home » BlueLine » Marine conservation in the Gulf of Thailand

Marine conservation in the Gulf of Thailand Marine Biology 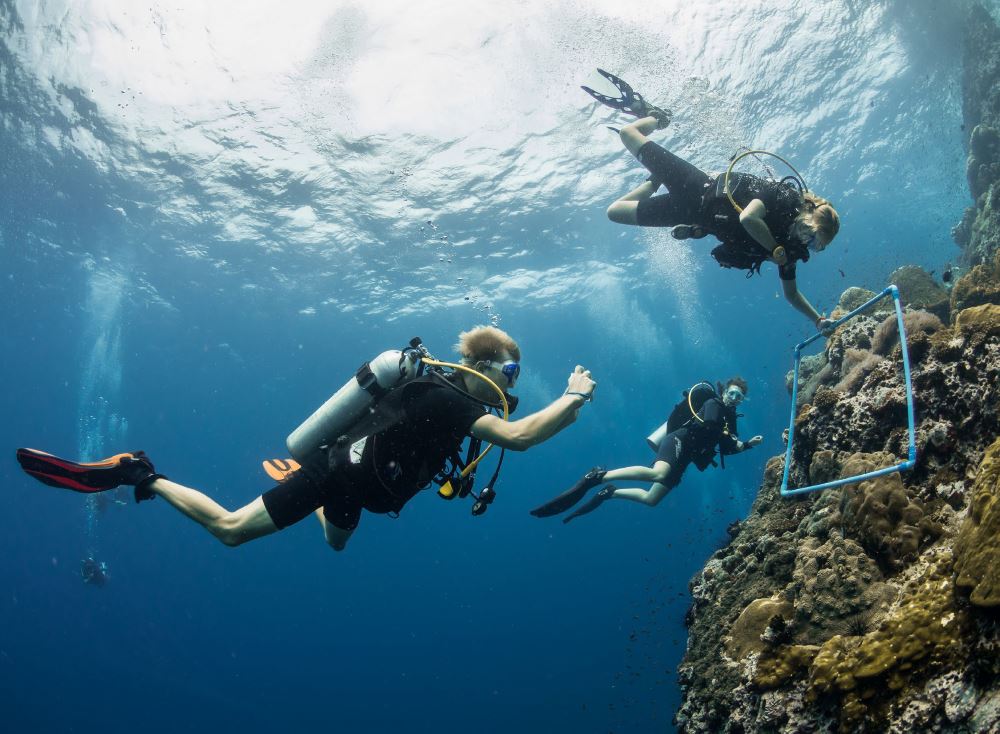 The Gulf of Thailand is weird little bit of water. It constitutes only 0.001% of the Pacific Ocean, but is feeding millions of people in Cambodia, Vietnam and Thailand by providing food and income through tourism. It’s also very young.
It was formed roughly 10,000 years ago, when water from the receding glaciers filled the Chao Prayah river basin. It’s shallowness and influx from rivers create an environment of low salinity and high nutrient levels, with very little water exchange to the South China Sea.

Despite all of this, the Gulf has been incredibly fertile for coral reefs, with an estimated species richness similar to the Andaman sea, and an abundance of fish providing food for countless generations.

Because it is shallow, it responds very quickly to a warming atmosphere. Frequent bleaching events in Thailand’s coral reefs show that we are close to the threshold of what the ecosystems can bear. Since the introduction of industrial fishing techniques in the 1970’s, the overfishing has become to severe that government had to impose fishing bans for extended period.

CORE SEA, an independent marine research and conservation field station, was established in 2011 on Koh Pha Ngan, just after the coral bleaching event that devastated the majority of reefs in South East Asia and Australia. Together with volunteers, Thai-, and international researchers, we were able to monitor the recovery of key areas, and the factors that influence them the most. 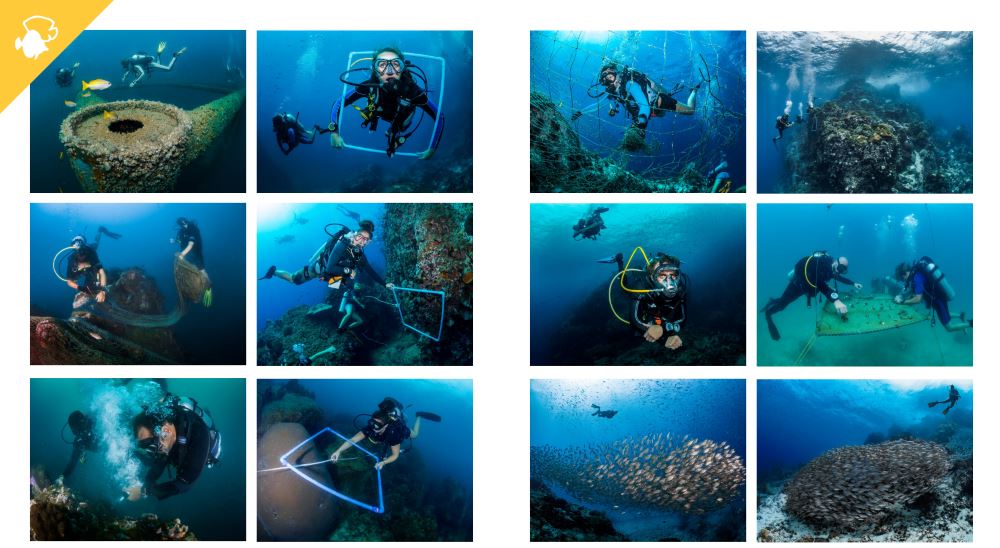 In 2013 a series of artificial reef structures was installed in the Samui Archipelago, to reduce stress on natural reefs, and revitalize the fish population.
The ‘rigs to reef’ project, which converted parts of gas drilling rigs to artificial reefs, did not only attract a lot of pelagic fish, but also make quite an exciting dive.
So far, things are looking surprisingly good, given the state of global coral populations. Some local reefs have made an astounding recovery, with high healthy coral cover and robust fish stocks – pointing to effective management strategies and good resilience of the ecosystem.

The Marine Protected Areas of the Gulf, Mu Ko Ang Thong and Mu Ko Chumphon, with high hard coral cover and high fish diversity are shining examples of marine reserves.
But with the current El Niño’s elevated sea temperatures just on the doorstep of the Gulf, there is still a lot of work ahead for marine conservation in the Gulf of Thailand.

WORDS and PICTURES by Stefan Follows 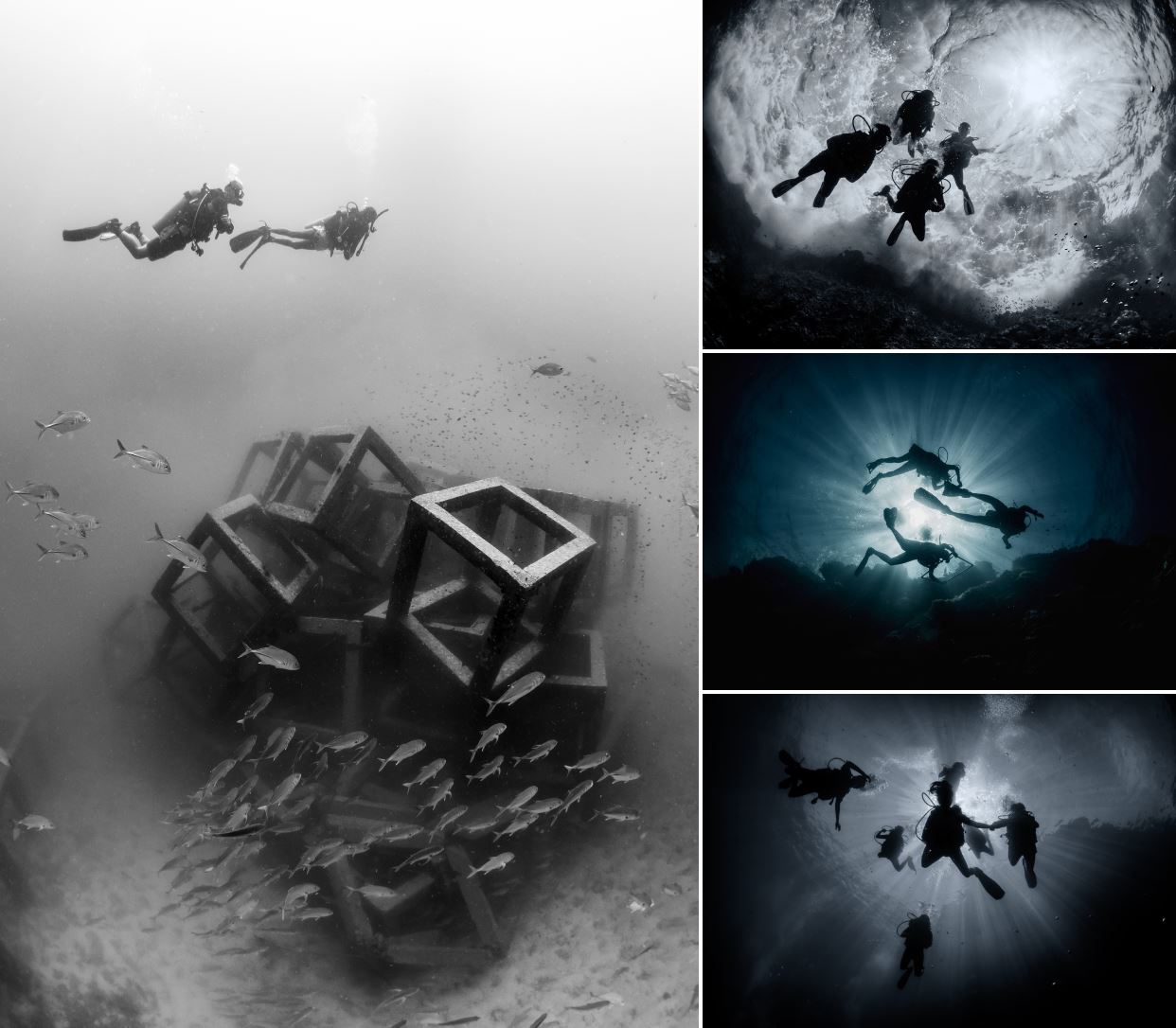