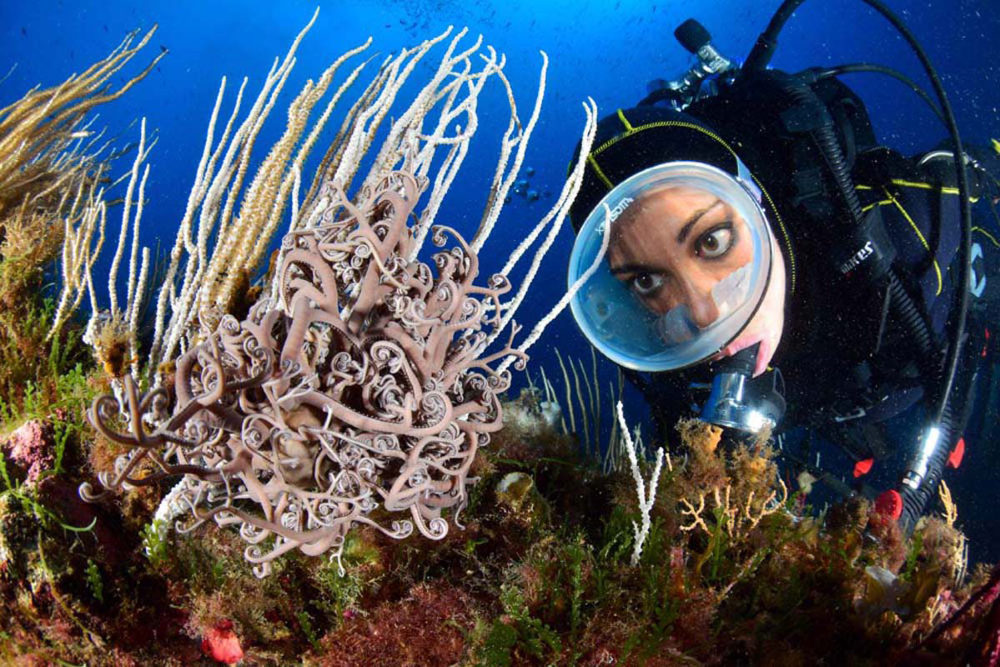 When speaking of echinoderms, i.e., that group of sea animals usually equipped with “thorns on the skin”, we refer generally to the well-known sea urchins and starfishes. Just a few, instead, know that also crinoids (a.k.a. sea lilies), sea cucumbers and a special kind of “starfish”, if you really want to define them so, such as brittle stars (a.k.a. basket stars), are part of this family. Brittle stars, like stars, are made up of a central body where some arms graft, but there are quite clear differences between the two classes and some are easily detectable even at a superficial examination. The arms, for instance, are always very long compared to the body, serpentine and, among other things, devoid of ambulacral wrinkles. The pedicels then, when present, do not serve for locomotion as it happens for the stars and sea urchins, but serve rather to allow the perception and catching of food. Brittle stars move thanks to their very mobile and prehensile arms, which use as a handle every ground roughness and all kinds of submerged object. The effectiveness of such a model of locomotion is greater than one would think since the brittle stars are, in all respects, the faster echinoderms. Mostly sciaphilic, the brittle stars have nocturnal or crepuscular habits. During daytime, they usually refuge under rocks and in crevices, sometimes letting their long sensitive arms out, while they go out in the open at night. The voracity of these animals is well known among researchers: it is difficult to observe other invertebrates more insatiable and willing to swallow anything. With amazing regenerative abilities, especially for the speed with which they occur, almost all brittle stars have also the possibility of amputating arms, which remain easily into the clutches of the aggressor while the brittle star moves away quickly. Among all species of brittle stars, whose fundamental characteristics we have just analyzed, I want to tell you about one in particular. A brittle star that, although being very difficult to meet under water for its ability to provide natural camouflage and the deep environments where it hangs out at, deserves to be known for its, to say the least, charming appearance and its distinctiveness morphology and life habits. I am talking about the Astrospartus mediterraneus, also known as gorgon star because of its unique and curious look, which recalls the aspect of the Greek mythology’s goddess with thousands of snakes for hair. 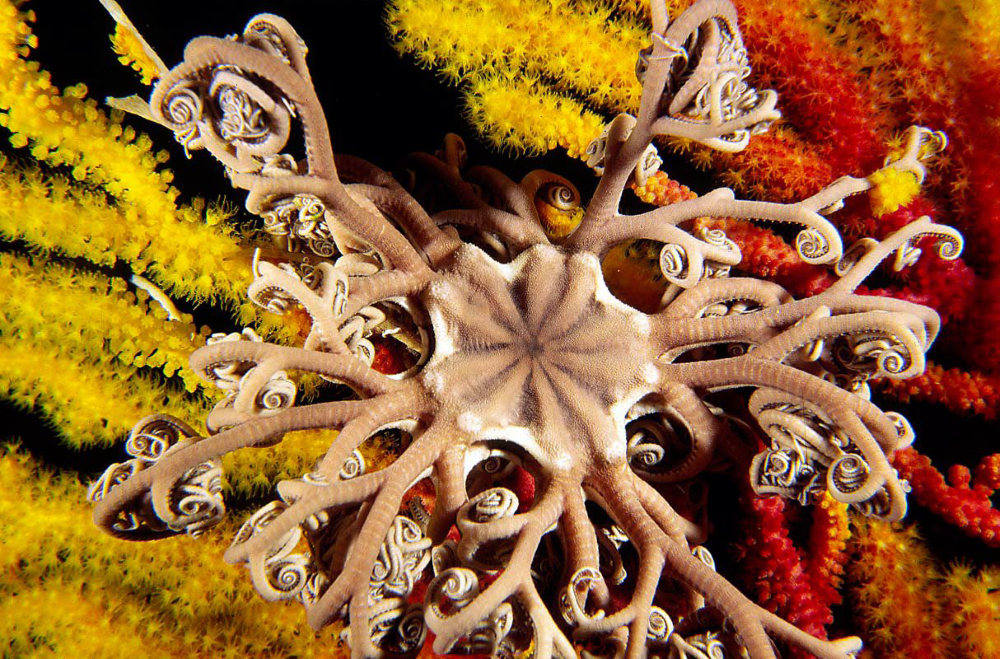 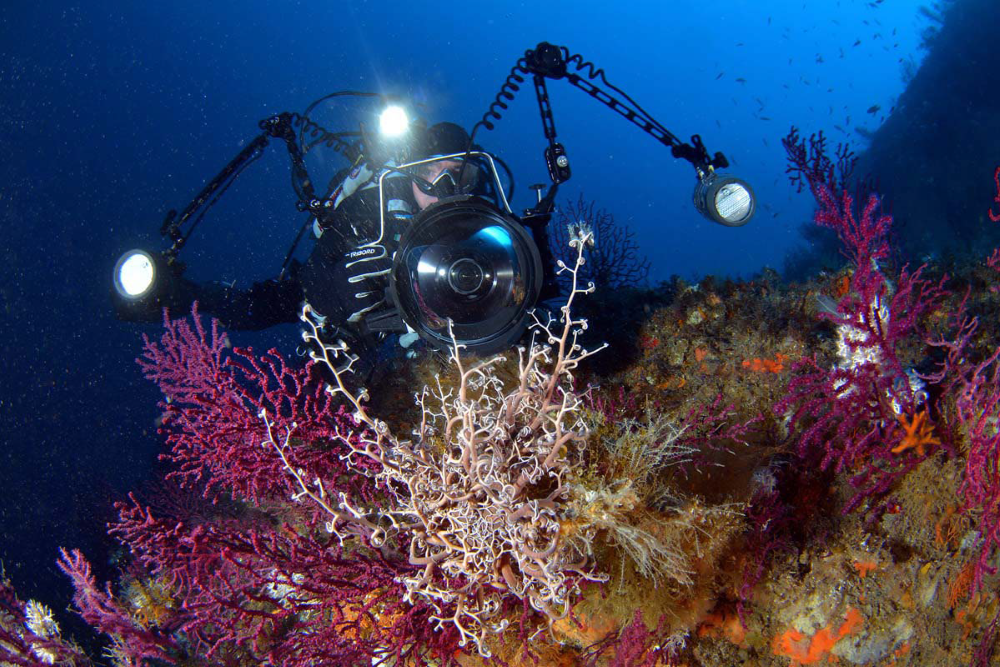