Capo Milazzo In the sea of Polyphemus 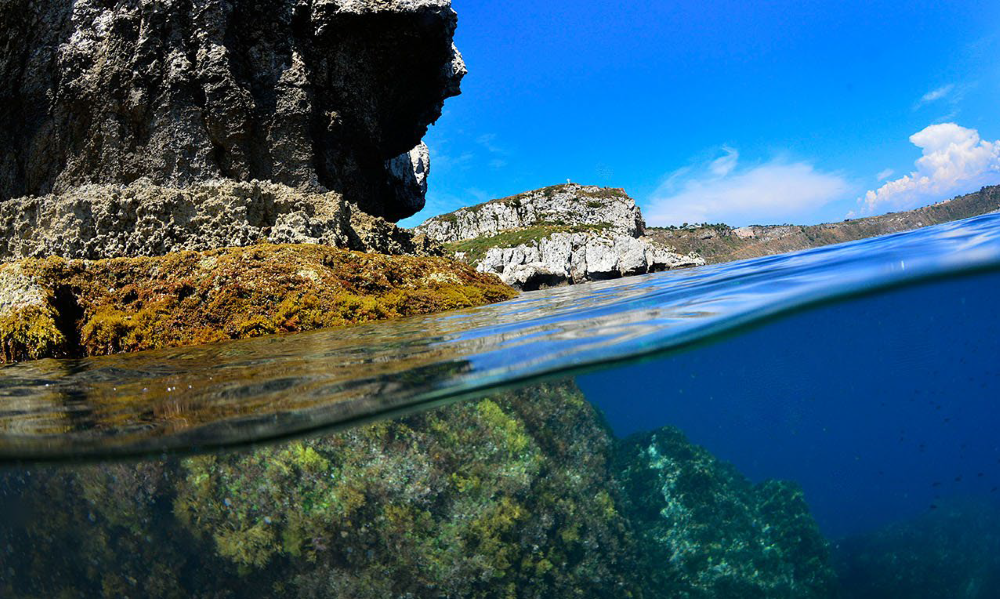 I travelled the Sicily far and wide, including several islands, the Aeolian, Egadi, Pelagie, Pantelleria and Ustica, finding an always different and interesting sea. Along these coastlines, in my wanderings, a place I missed, never considering it of being a seabed that important and rich in life such as I got to find out: my attention had never fallen on the sea of Capo Milazzo. Very different from others and from the one of neighboring and far better known of Aeolian Islands. After thirty years of exciting photographic and naturalistic research in the Mediterranean, I remained involved and pleasantly surprised by the charm of this balcony on the Tyrrhenian Sea. I never thought to find similar landscapes and, above all, such and so many underwater wonders. The first impact was with the emerged landscape. Walking on foot on the ridge of the peninsula, I found myself surprisingly surrounded on two sides by the blue sea: the protrusion of a strip of land toward the Aeolian archipelago splits the Tyrrhenian Sea into two. Since ancient times men chose the promontory of Capo Milazzo for its worthy position, as the story and the presence of the largest castle in Europe tell. However, nature is the real star, with a limestone ground changing shapes, beautiful in every detail. With a short walk, I reach the building of the lighthouse, on the Cape, overlooking the Western Shoal (Secca di Ponente), about half a mile offshore. At sunset, under the white light of the lighthouse, I get lost with the look to the horizon burned by the hot colors of the sky, where the dark shapes of Vulcano, Lipari and the other islands stand out. I think about what I will find diving in this Mediterranean still little known and unknown to me, but candidate to protection because of its high biodiversity. Polyphemus, whose cave is located between these craggy coasts, must have thrown giant stones toward the legendary Odysseus’ ship on the run, not knowing that his act would have triggered a mechanism of landslides that created various and jagged landscapes at the bottom of the sea. After the last houses of Milazzo City, going north, the coast changes its appearance. In coincidence with Punta Rugno the sea bottom, from shallow and sedimentary, raises with its first significant rocks. There, a landslide of rocks marks the beginning of a rugged and wild coastline. I follow the road that runs along the perimeter of the Cape, often stopping for looking out to watch the sea. Right away, someone told me that there are two major shoals in the sea of Capo Milazzo. We dive together with Blunauta Diving to understand the state of conservation of sites, learn more about the morphology of the seabed and get ideas for drawing the profiles of the rocks most important for touristic purposes, with the focus on the main biological and ecological characteristics. We begin with the Western Shoal (Secca di Ponente). 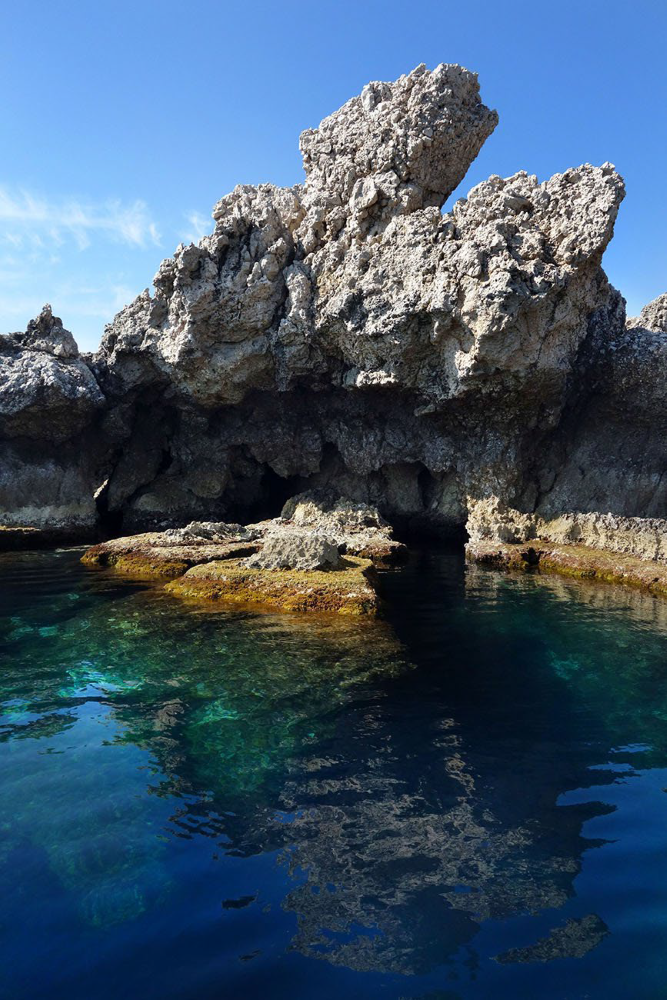 The promontory of Capo Milazzo