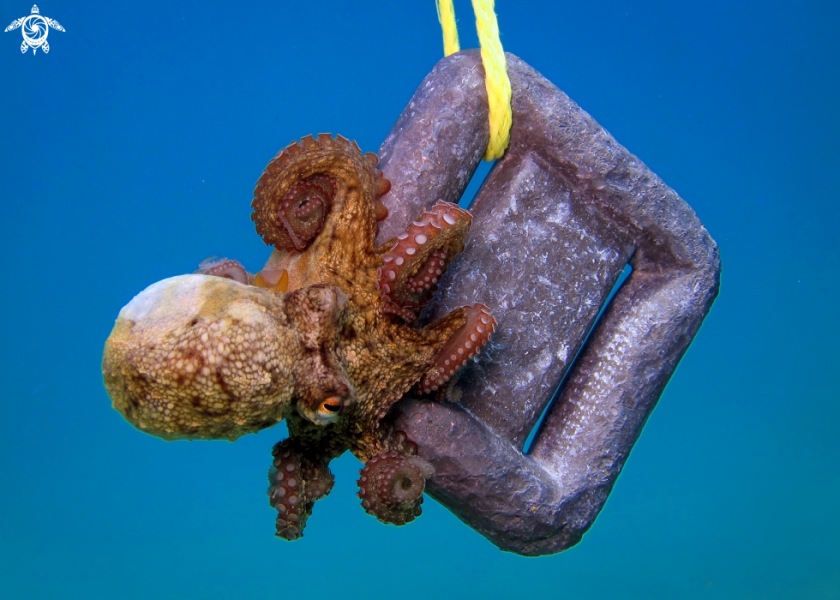 With 3 hearts, 8 suction cupped arms and extremely unique behavior, it’s no wonder people are suckers for the octopus. There are over 300 different species of octopus that live throughout our oceans. They range in size from the up to 9 meter Giant Pacific Octopus found in the Pacific Northwest and parts of California to the 1.5 centimeter Octopus Wolfi found in Indonesia with everything in between. In general, larger octopus are found in colder waters and smaller octopus are found in warmer waters.
Considered the smart one of the group, the octopus is actually a mollusk and shares part of its taxonomy with snails, clams, scallops and other invertebrates. It has been known to utilize tools such as gathering discarded coconut shells to build housing as well as solve problems. It also has an uncanny understanding of its surroundings that can provide fantastic photo opportunities.
Its primary defense is camouflage. The octopus can change both color and texture to match its surroundings in the blink of any eye. Some species like the Mimic octopus found in Indonesia, use this ability to change shape and color to pose as other animals confusing would be attackers into thinking they are something that is not to be messed with. In addition, all octopus have venom that they inject through their beaks when biting. Fortunately for humans, the only species with venom toxic enough to harm us is the beautiful but deadly Blue Ring Octopus. If all else fails, the squirt ink and jet out of here method is also used.
Bottom-dwelling octopuses mainly eat crabs, worms, and other mollusks including clams. Open-ocean octopuses mainly eat prawns, fish and other cephalopods. Octopuses usually ambush their prey and secure is with their 8 suction cupped arms and inject it with a paralyzing saliva before dismembering it into small pieces. They then feed by forcing open, or by drilling holes in the shells of what they capture. If a hole is drilled, they can then inject a secretion that helps extract their prey’s soft internal body.
Octopuses have a relatively short life expectancy with some species living as little as six months. Other than becoming prey, reproduction is usually the cause of death. Females spend roughly one-month taking care of their unhatched eggs neglecting to eat during this period. They eventually die of starvation after their eggs hatch. Males only live for a few months more after mating due to an optic gland secretion released after spawning.
Photo opportunities with octopuses are abundant. Their natural curiosity often times gives photographers the ability to get up close and personal with these creatures. Look for chances to get eye close-ups and capture unique behavior, as well as get nest guarding and propulsion shots. 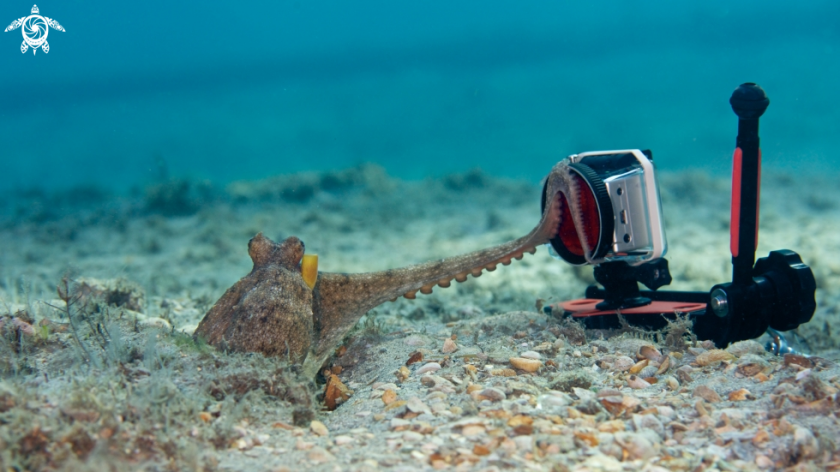