Home » Review » Diving Review » A paradise of the Earth

A paradise of the Earth Raja Ampat - Four Kings

I first stepped foot in this great place over 17 years ago when it was still under the name of Irian Jaya.
Landing at the airport on a small island close to Sorong, getting off the plane feeling lucky that the plane even landed then being approached by all these Papua’s It was an awe-inspiring moment that I will never forget. Going out to the outer islands of Wai and Kri was a journey in itself where I spent eight wonderful months diving the area and after every dive my mind was spellbound with the wonders that I saw underwater. 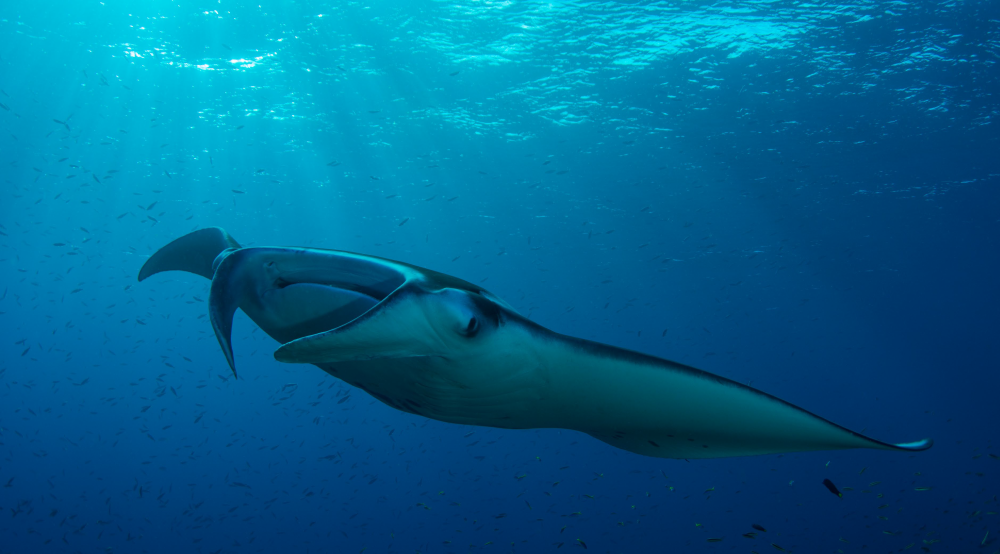 Fast forward 17 years to 2016 and Sorong and West Papua has gone through some amazing changes. Just to land at the airport is a great difference to the one which I first landed at, that already shows the changes that the area is going through. Once at the harbor your board your liveaboard or transfer boat to the Islands that you will spend your holiday on. This time I took a group out and stayed on the liveaboard Aurora – www.auroraliveaboard.com – this very comfortable 40 meter Phinisi boat, this was my home for the next two weeks.

We had bad weather as we arrived so the cruise director Diego decided to head south to Misool area so we lifted anchor and sailed overnight to our first dive spot.

The diving around the Misool area, I find very different to the Northern part, my most favorite spot has to be Magic Mountain, I think many of you who have been to the area would also agree! This sea mount is located about 20 minutes from Misool resort, and it is a busy Manta ray cleaning station.
The submerged pinnacle reaches up to 5/7 meters, and you have a very good chance of meeting two species of manta rays the giant Oceanic birostris as well as the smaller reef manta, alfredi.

Magic Mountain is also a nursery for White Tip Reef Sharks and a love nest for Napoleon Wrasse. Because this site is completely exposed to oceanic currents, you can expect to see large schools of pelagics in the blue.

We have been able to do 3 dives on that day there after our cruise director organized everything with the other boats and Misool resort.
Wow the reef is in such amazing shape I think I had a headache after those dives as my eyes where just shifting all over the place. After great reluctance we moved on to other sites around Misool.

Yillet, this Island used to be home to a shark finning camp, and now has some great chance for marco and wide angle shots. Boo Window was another classic dive. I could go on and on about all the dive sites that we dived in Misool but its time to move north. But hats off to Misool Resort for doing such a good job at protecting this wonderful area, job very well done.
Next stop Batanta , Batanta’s coastline, is a perfect place for weird critters. A good combination of dark sand, fresh water inlets, and small bays where critters can benefit from passing currents but still thrive in sheltered bays. 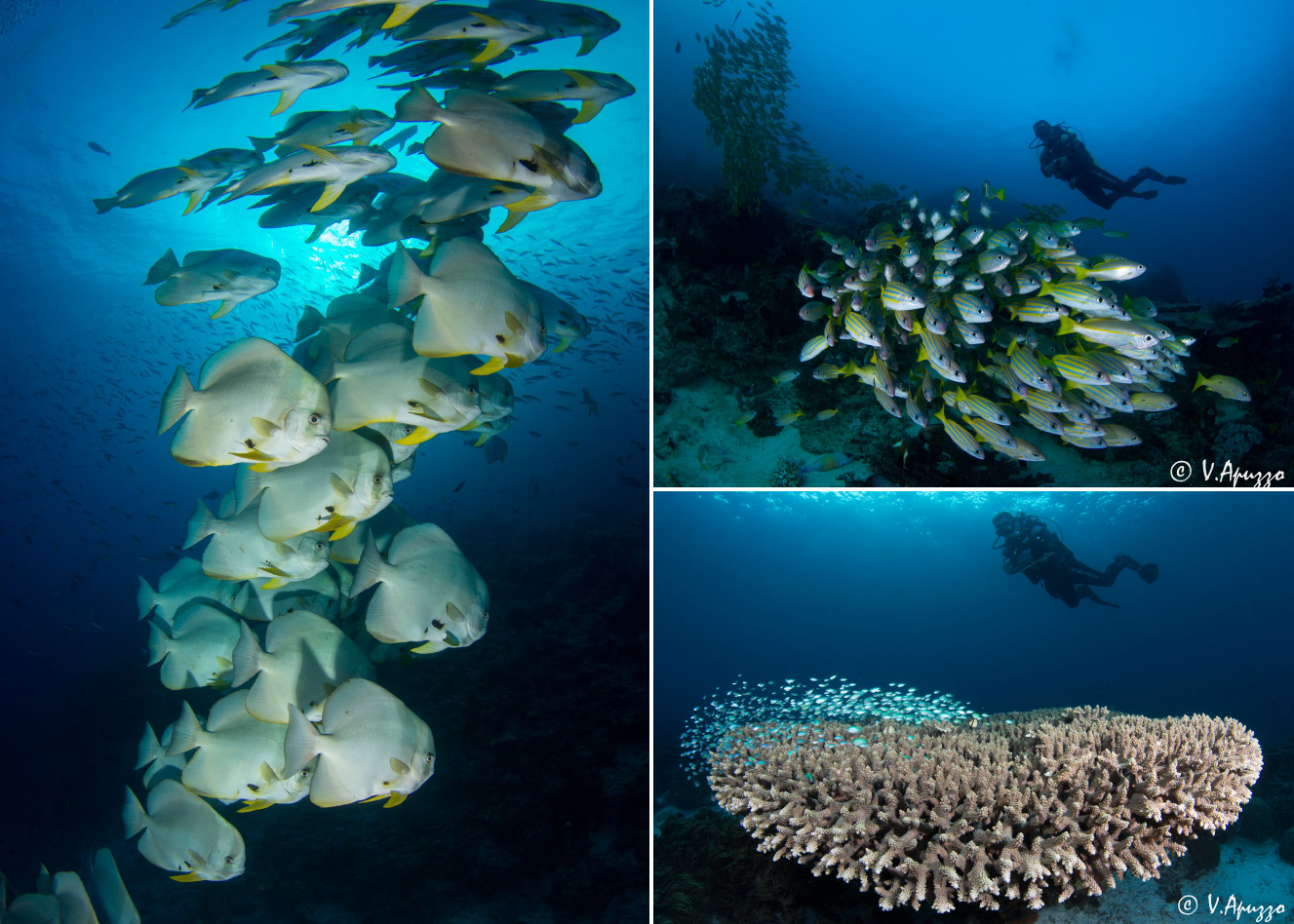 Other dive sites included Airborek & Manta Sandy or Cape Kri, Yeben, Sardine Reef, Mioskon, Penemu. It was nice to go back onto Wai Island and see the local Papua’s and see if they would still remembered me and too my surprise they did! Even noticing that I have less hair than before… It was nice to show the dive crew where the P47 plane wreck is, as they had not been there before, the current was also very strong on that day, maybe it was not the best time of day to dive the P47 wreck but we made it all back safely on the boat.
So to sum up my 14 nights on the Aurora liveaboard sailing and diving around this wonderful place was just magical. The Papua’s have not been destroyed by tourism yet and I hope that it stays like that. Which is always very hard to manage. As for the diving I was very impressed to see so many sharks, as during my first visit in 1999 it was uncommon to spot sharks swimming but common to see them on the sea floor left without their fins. By creating the Marine Parks and protecting the area is starting to show it’s working. I hope for all the Papua’s and tourists, whether diving or not, try to protect this last unspoiled place that mother nature has given to us.

For sure I will be going back.

WORDS and PICTURES by Vinny Apuzzo