Relevance of background in Macro-Photography

When photographing, we focus mainly on the subject, making sure of its right position and correct focus on the spot we are interested in (usually the eye).
We do check composition, but often omit to consider the background, which is also part of the picture. If neglected, background might make the subject difficult to read, enlighten it, or disturb the view by drawing the eye away from the main subject.
To pop-up cleanly our subject when it is close to some rocks, we could blur the background to make it a shapeless stain, thus making foggy anything around that possibly disturb the sight.
In this picture, you could choose to make the background completely black or blur it to give three-dimensionality to the picture, and context to the subject.
Black background is widely used in underwater photography because allows to forget about what we have around, since it will be hidden. On black, all subjects with medium to light tones stand out well but, unless we illuminate the subject properly, the picture could come out a little “flat”.
A side lightening allowed giving more three-dimensionality to the subject (Example 1).
A frontal lightening, on the other hand, made our picture flat. The black background even emphasizes this perception (Example 2).

Example 1 on the left and Example 2 on the right

We might also think about blurring a little our background and playing with the lights and shades produced by our strobe. 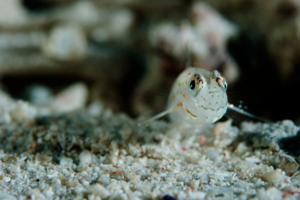 Positioning a pale subject in the side of the image where background is darker, makes the subject itself stand out clearly. In this case, the background was as clear as the subject, which a plain lightening could camouflage.

For some subjects we might decide to use, as a background, the blue sea surface. In these cases, we need to find a subject a bit ‘off the rocks or a fish swimming in open waters.

Using colors in contrast with the subject enhances a lot the image’s visual impact: a warm colored fish on a blue background well stands out in our picture, as well as vice versa.
A green and orange damselfish passes in front of a purple sponge (Example 3).
A red grouper against a blue background (Example 4).

Example 3 on the left and Example 4 on the right

Backgrounds poorly managed will penalize the image:
In Example 5, the gorgonian, portrayed in perspective, creates a blurred background less enlightened than the subject, making it better visible
In Example 6, the background makes the subject mimetic and poorly perceptible

Example 5 on the left and Example 6 on the right 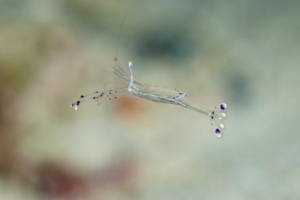 The pale background, even if very blurred, makes the shrimp little visible 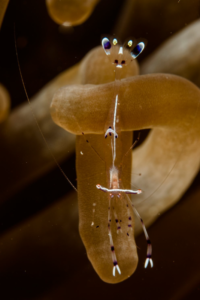 In this case, using the dark green soft coral stem as background, we make the shrimp much more visible

A red background under a subject with similar colors makes the fish’s enhancement more difficult. The final image might be of a great visual effect, but we should use our lights properly to draw the subject’s profile. 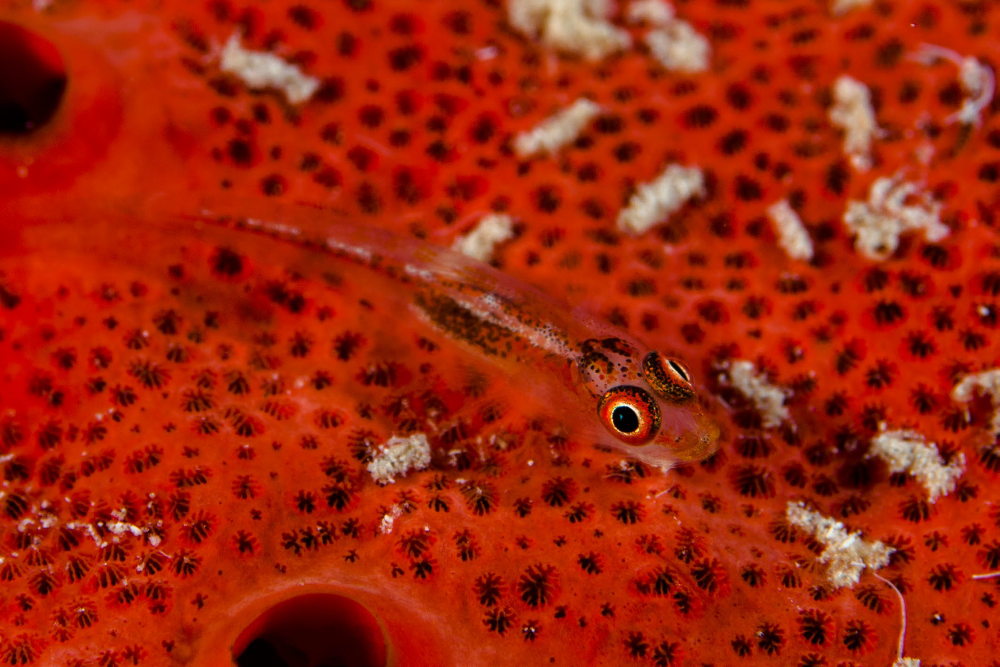 WORDS and PICTURES by Cristian Umili