Dear Scubashooters readers,
Today is one of those special days when you realize that what you are doing is worthed and all the efforts you make and all the time you spend in a project , growing your idea is also worthed.

Today I’m honored to introduce you Dr. Sandro Carniel. You will learn who he is by reading his short bio below, moreover I’m very pleased to announce that he will take the charge of Scientific Director pro bono of the Scubashooters network. This was one of the natural ends of the scubashooters project since day one but some consolidation , grow and establishment of international relationship was due in order to make this important step and also to gain the credibility of the scientific world Dr. Carniel now represent.

This is a milestone for our network, after receiving the endorsement from Mission Blue organization founded by Dr Sylvia Earle this is another fundamental step into the path of growing consciousness towards the Ocean and Marine life protection.
Through our photos, as I always say, we are the first witnesses of what is happening below the surface of the Ocean; for instance, one of our administrators Rune Edvin Haldorsen documented how the ships water ballast introduced alien species such as the skeleton shrimps in the Norwegian waters. 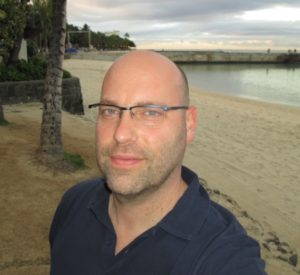 Dr. Sandro Carniel is a physical oceanographer, Senior Scientist at the Inst. of Marine Sciences, Italian National Research Council (CNR-ISMAR, Venice, Italy). Authors of more than 200 peer-reviewed scientific contributions, his expertise deals with numerical modeling of coastal areas, turbulence measurements and the relationships between oceans and climate. His most significant works contributed to improving the understanding of mixing processes that regulate the marine circulation, also in the perspective of ongoing climate change related aspects.

Following a multi- and inter-disciplinary approach, he covers the role of P.I. and co-P.I. in several international projects and cruises, such as the U.S. Office of Naval Research funded Project (NICOP), the FIRB Project “DECALOGO” (Min. Univ. Italy), the EU funded projects CoCoNET, FIELD_AC, and F-ECTS.

He is actually involved in the RITMARE National Flagship Project “Coastal erosion and vulnerability”, the H2020 funded project “CEASELESS” on the exploitation of new-generation satellite for coastal predictions and the JPI Ocean action “Munitions at Sea”.

He is also very active on media and writes for blogs, journals and magazines (FOCUS for example) on ocean-related aspects, benefiting also from his participation on several research cruises.

His last book “Oceani, il futuro scritto nell’acqua” (Hoepli Ed., 2017) represents a recognized contribution in the “ocean-literacy world” and was specifically intended for a large non-specialist audience. Here the facebook page of the book.