Francesco Pacienza is surely one of the most eclectic underwater photographers in the Italian and international landscape, strengthened by his long experience in the field of advertising photography combined with a first-rate professional training. All this means that his conception of photography does not stop to simple composition and shooting, but goes further, always looking for new visual languages. In this interview, the second on Scubashooter, we try to understand who Francesco Pacienza is, but above all what led him to conceive the superNOVA filter that is fascinating the world of underwater macro photography, and not only in Italy but especially abroad.

Q: Francesco, tell us about your filter

A: The idea of the superNOVA filter arose by looking at the macro photographs made by two underwater photographers I admire and follow: the Brazilian Fabio Freitas and the Portuguese Filomena Sá Pinto. From a series of conversations with them about how to obtain these extraordinary effects of color brushstrokes around the subject photographed, I began to think of a system that was compact, that could be used like any other filter and allow obtaining an effect that would not be always the same, but could be modulated according to the user’s needs.
At first, experimentation has led me to use the most disparate materials and the results, not always satisfactory, have given me the input to proceed on the right track.
Meanwhile, I learned about the use, by some underwater photographers, of a metal tube (someone made by steel, someone else by brass) which, after some tests, I discarded because cumbersome and because the final effect was always the same.

Q: Was the “practical” actualization of the filter difficult?

A: As I said at the beginning, lacking specific equipment, I struggled not a little trying to “bend at my will” the various materials I tried to pair to get what I had in mind.
I used everything: from the adhesive mirror to PVC tubes, to caps for metal tubes, and so on.
This experimentation led me to define what would later become the final measurements of the superNOVA filter, which the collaboration of Eng. Umberto Raganato made possible to convert into a 3D design.
Thanks to the availability of Umberto and his design expertise, it was possible to turn my idea into a true CAD project from which to draw out the prototype printed in 3D. Finally, we could optimize and transform everything into a final project for 3D printing.

Q: Why you chose the name superNOVA?

A: After making the first prototypes and getting to the final version, I was looking for a name to give to this filter.
I sent a series of photos taken precisely with this filter to a dear old friend with whom
I shared many years of professional photography, Frederic Renaud, asking for his opinion.
Starting from one of his comments about the colors’ swirling effect generated by the filter and some web search, we came across a series of images depicting a star of the Supernova type, which is characterized, in fact, by a whirling stroke of colors. From there, it was an easy step choosing the name and creating the superNOVA logo, printed on each filter.
The filter is entirely “Made in Italy”, from conception to design and actualization through 3D CAD.

Q: Which lens highlights the features of this filter?

A: The filter is designed and engineered to work with any type of macro lens, even with compact cameras as long as they’re provided of the appropriate filter holder with M67 connector.
Personally, I use it with the classic Nikon 60mm macro lens, but also with the Nikkor 85 and 105. However, using the filter with these lenses requires the use of an accessory device, designed and engineered specifically.
It is also possible to use the filter in combination with a magnifier additional lens, but with some limitations.
With a 60mm Macro lens, the use of additional lenses such as Moby 3.8 or Nauticam SMC is not recommended because it would lead the filter to be “clingy” to the subject to photograph, while the Subsee +10 or similar lenses supply good results.
Some of the photos published on these pages depict subjects of 4/6mm photographed without using any additional lens, but only the 60mm Macro, set at the minimum focusing distance. 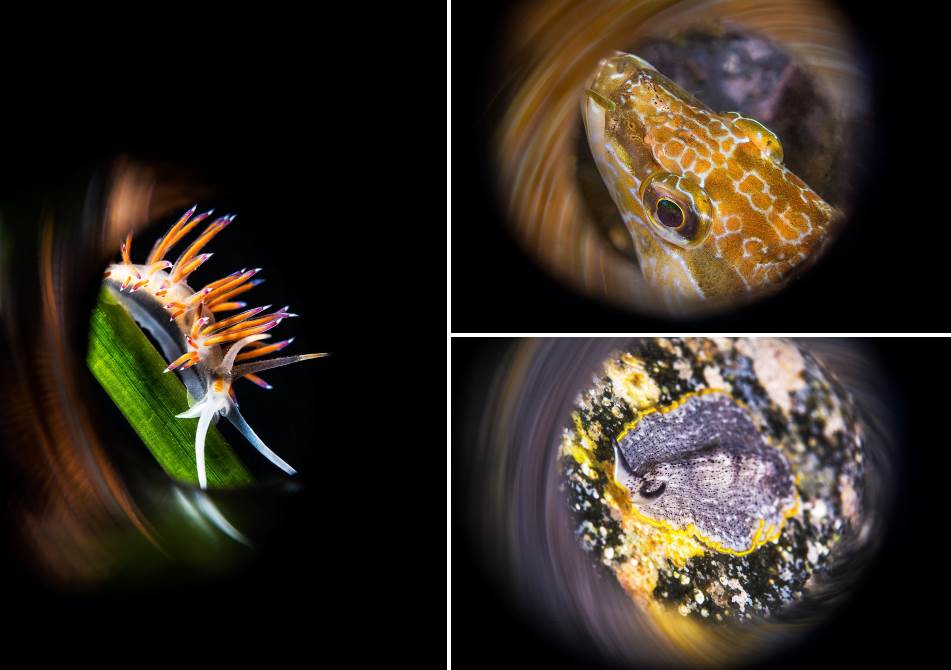 Q: The light gives the color brushstrokes.
How to position our flashes to create this magical effect?

A: Flash positioning may be the one most preferred by the user. Clearly the final effect of the filter, which I want to remember is extremely adaptable, also varies depending on how the subject photographed reflects light.

Additionally, if we have a flip filter holder, we can further modify the final effect generated through the superNOVA filter by slightly shifting the perpendicular axis of the filter with respect to the lens.
Photos are a clear example of the modularity of the effect, unlike what happens with other similar filters that always produce the same effect even with different subjects.

Q: What feelings are you trying to convey, or would you like to convey, through the photos taken applying your filter?

A: My concept of photography is that of a form of art, irrespective of the photographic genre.

As photography is a form of art, I try to convey emotions and feelings typical of forms and artistic languages as in other Art fields.
I believe a good photographer should not let stereotypes and/or fences restrain his artistic vision of the surrounding world.

It is the only way, I think, to create new points of view and transmit new sensations to the pictures’ viewers.
Returning to the superNOVA filter, the limit is only in creativity and artistic vision and not in the choice of subjects to photograph.

On Francesco Pacienza’s website, you can see other examples and ask for information about the superNOVA filter.

WORDS and PICTURES by Francesco Pacienza 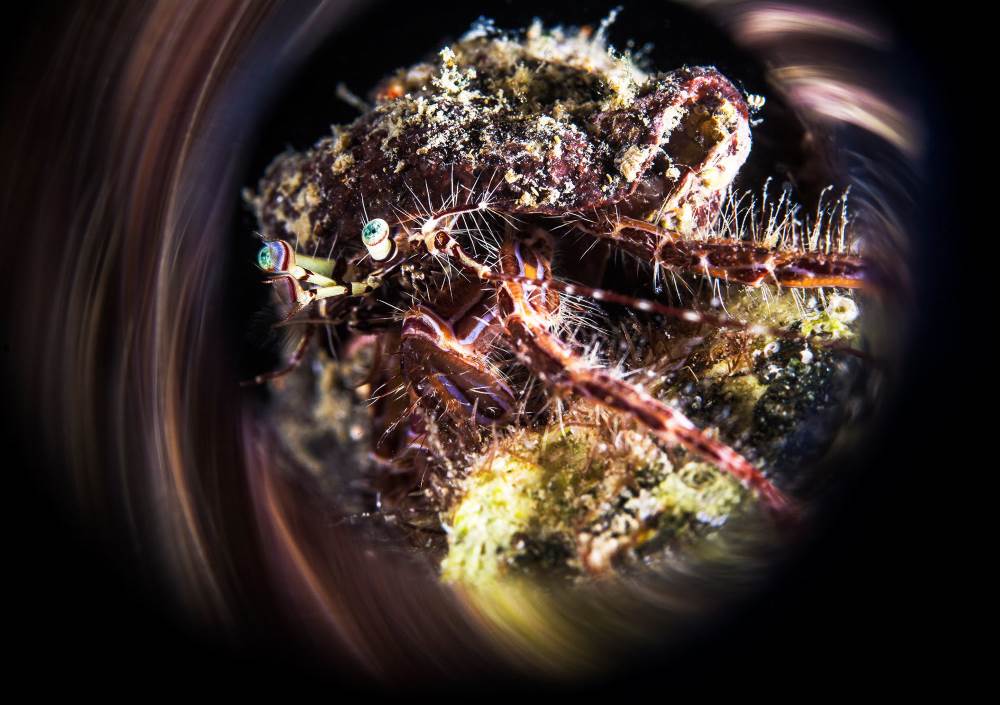