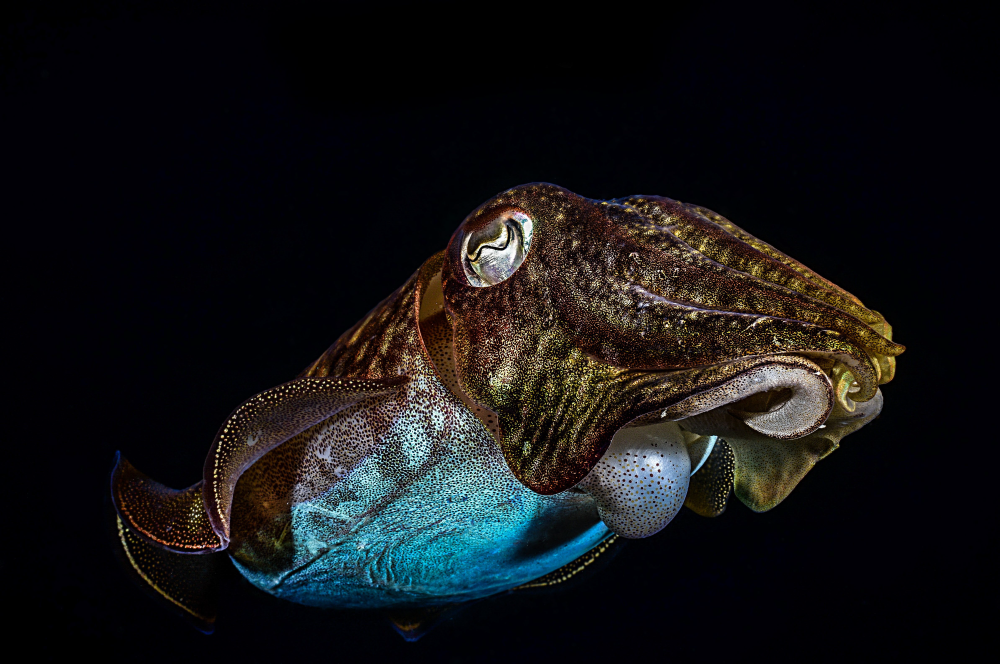 Cuttlefish or cuttles are marine animals of the order Sepiida.

They belong to the class Cephalopoda, which also includes squid, octopus, and the nautilus.

Their eyes have W-shaped pupils that give them a wide range of vision, enabling them to almost see behind themselves. Even though they are colorblind, cuttlefish are able to see polarized light.

Despite their name, cuttlefish are not fish but molluscs. They have a bone in the middle of the body, known as “cuttlebone” which is filled with gas, and just like divers, they can control their buoyancy using it. 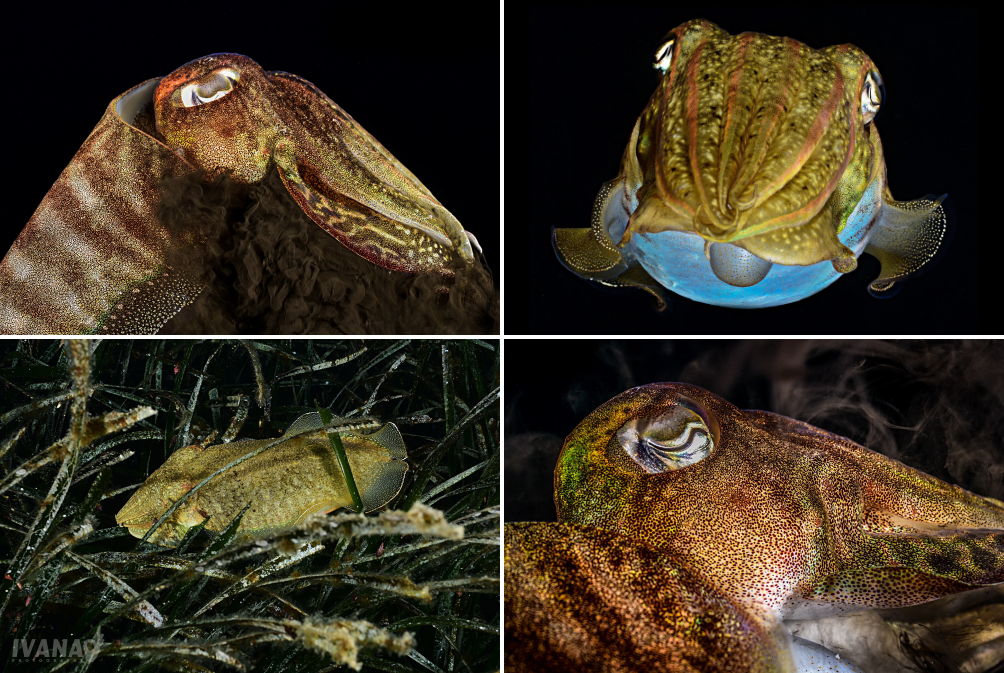 To avoid predators they can change both the colour and texture of their skin instantaneously.

Using jet propulsion, they can swim at great speed over short distances, and may release an ink cloud to confuse predators.

A new study revealed that cuttlefish also respond to predators by freezing, and dramatically reducing the electrical signals emitted by them that might give away their presence.
These unique abilities place them amongst the best camouflage experts in the marine world.
Cuttlefish feed on smaller animals such as crabs, shrimp, fish and small molluscs.

It is fascinating how they turn their bodies into pulsating light and color in an attempt to hypnotize their potential prey.
This intelligent creature lives 1 to 2 years and the females die shortly after spawning. They are usually 15-25 cm long, and 3-10 kg weight. Generally speaking these molluscs are not high on the list of endangered species.

WORDS and PICTURES By Ivana Orlovic 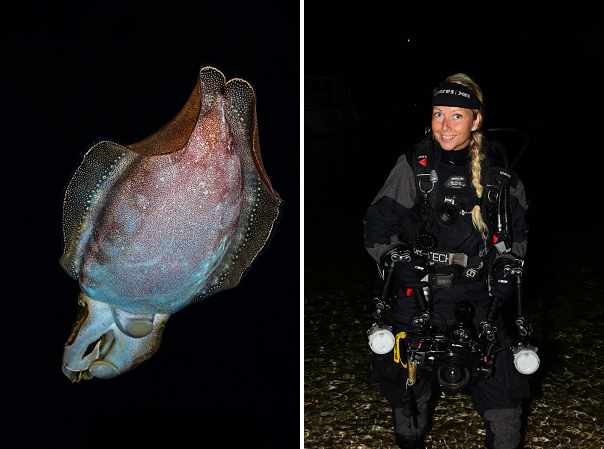