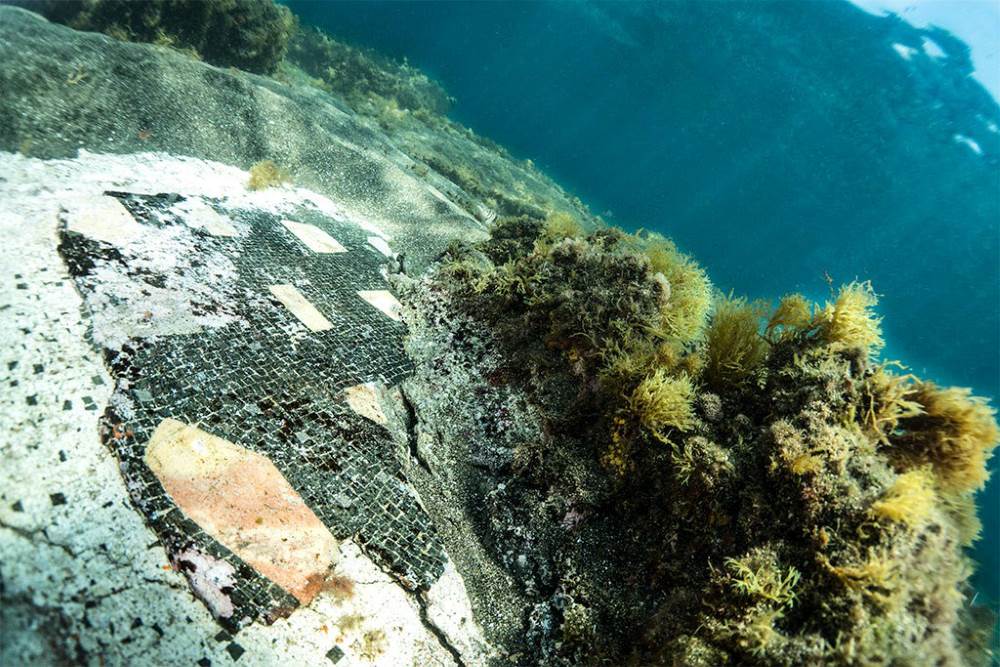 Porto Julius is one of the diving sites that is part of the Archaeological Submarine Park of the Baia located in the city of Pozzuoli.

The name comes from the originator, Giulio Cesare who was also a Roman General and Politician: and was completed by Marco Vipsanio Agrippa in 37 a.C and was the port that served as a military naval base during the civil war against Sesto Pompeo with the beginning of the decline of the Roman Republic.

This port was extended for about 372 linear meters along the coast stretching from Baia to Cuma connecting Lake Lucrino to Lake Averno with an artificial canal built called Grotta Cocceio.

After about 20 years due to the shallowness of Lake Lucrino and the sand deposits of the area caused by bradysism, the military fleet was transferred to Miseno in 12 a.C. So Port Julius was then used as a commercial port and reached as far as Puteoli.

Today the harbor extends from the Rione Terra to the Monte Nuovo.

Thanks to the aerial photos taken by Raimondo Bucher in 1956, this submerged archeological area of about 10 hectares has been rediscovered.

On August 7, 2002, this area was declared a protected marine area and given to the administration of the archeological heritage of Naples and Caserta.

Porto Julius is just four meters deep in this fantastic submerged environment, you can take guided tours amongst the remains of a perimeter wall in opus reticulatum, brick columns, and flooring made of various materials, mosaics with tiles of various colors and designs, amphorae, decorated by sea life.

Cuttlefish, octopus, jellyfish and many other forms of life can also be seen.

This area still hides many objects that have not yet been discovered, livingin this area, I myself have been underwater a few times and I am always overcome at every immersion by the beauty of of this area.

From this sea rich in ancient treasures the sand combined with the motion of the sea covers entire areas, watching a guide that gradually finds and uncovers these treasures for you is truly wonderful and leaves you breathless.

By sheer chance, I was lucky enough to be at the right time, and with perfect light conditions in the water, where I was able to take these photos that show the scenic and evocative realism of the place.

WORDS and PICTURES by Immacolata Moccia