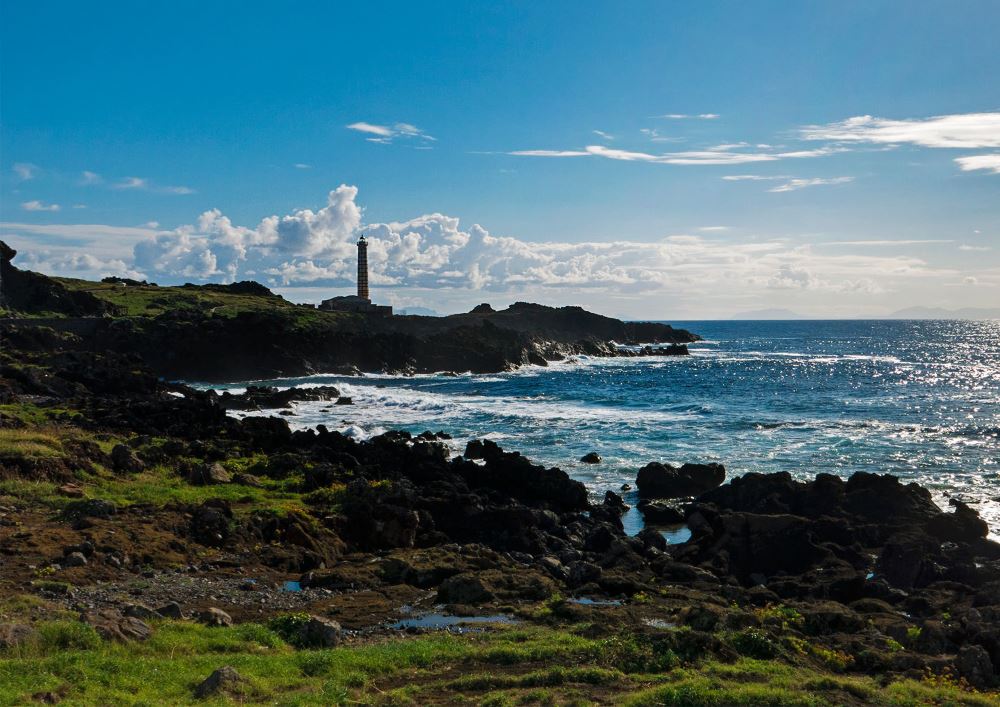 It was the summer of 2010 when for the first time I set foot on Ustica, the island described as “the divers’ paradise” or “the Tyrrhenian black pearl”. Although I had only one year of diving behind my shoulders, I realized that this island had some peculiarities that found a way toward my nature.

Ustica is an island of volcanic origin, and reveals its wild mark in the presence of wonderful caper plants growing lush on the black lava stone.

Ustica is also famous for the cultivation of small lentils by unique color and taste, used as a side dish or served as soups by local restaurants. Ustica is a marine reserve, and its waters are teeming with life.

The surrounding sea is of an intense and transparent blue color. And it is in this sea that, in the last two years, I left my heart.

The diving centers supporting diving are several, but I set my choice on the way the owner, Roberto Fedele, lives the sea.
The diving center La Perla Nera, in my opinion, offers expertise and quality equipment (including twin cylinders for those wishing to do technical dive) in a serene atmosphere of fun and friendship.
The shows that Roberto can hold on board the dinghy, his jokes, are well known…all without ever lowering his attention to the needs of his guests.

During the dive, you’ll immediately realize Roberto’s great experience about the currents and the routes to follow for avoiding them, or his knowledge about some fish that reveal the presence of barracuda and amberjack…each dive becomes an exhilarating experience. However, the best thing is that in every dive he is the one more excited and enthusiastic!

You can see him flailing around in the blue from afar, to draw your attention, or taking off his regulator and talk about what you have just seen.
This enthusiasm is contagious, especially makes you understand that, to him, his is not a job experienced as a burden.

His goal: leaving customers satisfied, and his motto is “arrive as customers, leave as friends”.

Dives are made of always-new encounters, but in Ustica, barracudas and amberjacks make diving magical. The masters of the island are the groupers: red, golden, stone bass.

However, when at the Colombara shoal we first saw a cloud of barracudas, and soon after, darting, about thirty hunting amberjack, well…the groupers looked at us as if they were jealous and annoyed for losing our attention.

I was so excited by their presence that I didn’t know where to shoot! At a certain time, the amberjacks stopped chasing the barracudas and, attracted by our bubbles, started circling around us. It was a once in a lifetime experience that I will keep in my heart.
Beautiful and colorful the dives at “Secchitello”, “Punta Galera”, “Punta dell’Arpa” and “San Paolo”, where the seafans Paramuricea clavata assume an intense purple-red color and the Savalia savaglia reaches remarkable sizes, always on a blue background that takes your breath away, for then remaining astonished in photographing basket stars Astrospartus mediterraneus clinging to seafans.
The caves are another Ustica’s peculiarity: submerged inlets that, from the high and steep shores, lead to the heart of the island.

Reaching them with shouldered cylinder and lots of excitement, you’ll find environments rich in stalactites and stalagmites.
Some caves have air bubbles from which you can surface and enjoy a surreal atmosphere. After admiring the ceiling of these caves that throw you into distant and mysterious eras, as of the rite, switch off the torches and, in the darkest of the dark, listen to the voice of the sea.
The Green Cave, the Blue Cave, the Pastizza Cave, the Totò Cave and the Shrimp’s cave, are different from each other, but the colors and the light games recall in each of them of ancient mythological tales.

It is said that Ustica was the home of the sorceress Circe, who used to turn visitors into pigs. Its flat part is described as a green lawn where the mermaids lied around a pile of human bones, remains of unwary conquerors victims of the mermaids’ spellbinder song, ending up gnawed.

Writer Maria Corti in her book “The Mermaids’ Song” recites: “Those who watched for long that island from the sea felt the approach of something in the air, like a mysterious vibration.
If approached more, the vibration became a female voice that surprised the hearing since it came mysteriously to the threshold of a bird singing, as if the vocal cords of a woman and the uvula of a divine volatile merged their variety of sounds: a thin, damped, insinuating singing, which knew the secrets of pauses and had a remote sense in it.
Although it seemed dreamed, the voice kidnapped the human mind guiding it to a world that was beyond the earthly senses, unsustainable for a small sailing being: “How it is all happier there,” he was thinking while throwing himself into the water. “

When evening comes, Ustica dresses up in magic and lights up of lights and festive music. It is a ritual to meet at Kiki’s, by the friend Salvo Gio Tranchina, known for its cocktails and live music.
And if you want to enjoy the music of artists who create melodious arrangements behind the magical scenery of a sunset at the Punta Spalmatore’s lighthouse, you only need to choose going at Red’s. Life in Ustica is made of smells that the sea leaves on the skin, of rhythms marked by the sun and of winds that swell the sails.

It is made of tales, distant stories, real or mythological, of meetings with modern mermaids “unnerving” the locals, of glances and hopes and distant dreams.

Of arrivals and departures, but also of constant presences: the Sea and its mysteries.

The man questions the Sea in search of himself, but often without listening to His answers.

Yet He is there, ready to welcome and to lavish His gifts without any reservations.

WORDS and PICTURES by Rosi Barbagallo