Dharavandhoo is a small Maldivian fishermen’s island, located in the Baa Atoll, about 120 kilometers north of Male. Since a small airport was built, you can reach it in twenty minutes flight from the capital. It is situated near the bay of Hanifaru, Unesco heritage site since 2009, where, from late May to November, the high concentration of plankton present in these waters gathers a large number of filter feeders, including the large manta rays. That’s the reason why last summer we organized this trip, together with other underwater photography enthusiast’s friends. We arrived in the guesthouse that will host us (Dharavandhoo is off the beaten tourist circuit, being a fishing village) on the morning of 26 July, welcomed by Virgilio and Jessica, who run the dive center and have a deep knowledge of the Baa atoll’s seabeds and are ready, together with their staff, to lead us in the discovery of this corner of the Indian Ocean. 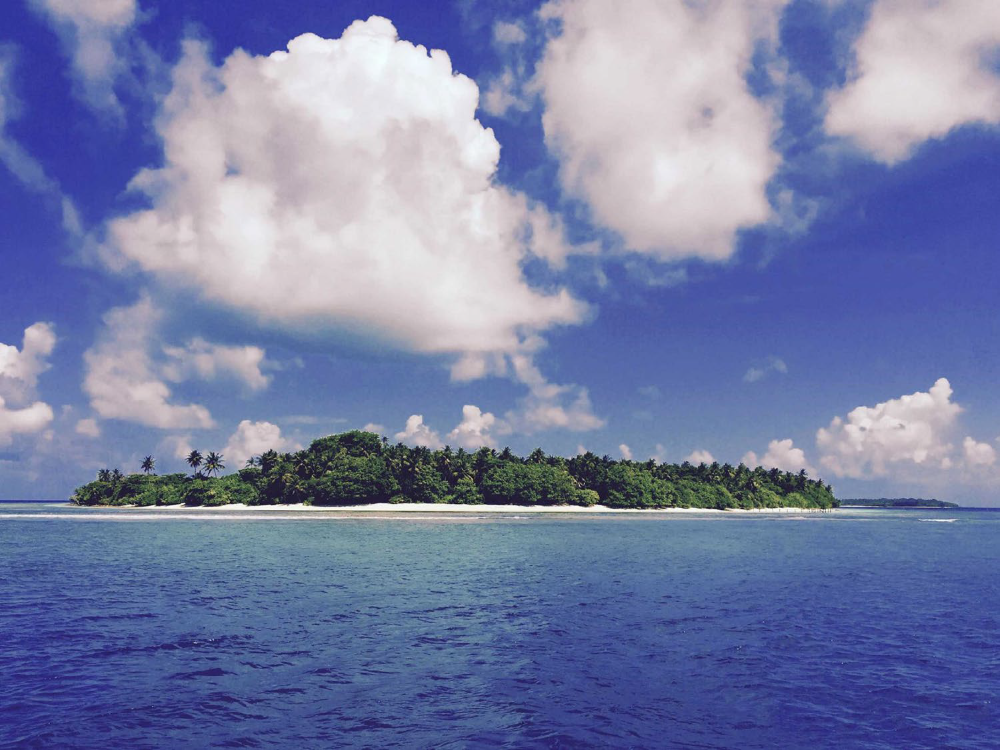 We should rest because the night on the plane has grown us tired, but the desire to begin diving in these waters is so great that we decided to “open the ball” already in the afternoon. After preparing the photographic equipment and having eaten enough, we reach the large and comfortable dhoni waiting for us at the dock, not far from our guesthouse. The sky is blue and the water temperature is close to thirty degrees Celsius. Together with Marco Gargiulo and his daughter Lorenza (Mariolina his wife and their other daughter Lidia did not dive but have always been a pleasant company), Paolo Minzi, Paolo and Paola Lora and Mimmo Roscigno, we got ready with great enthusiasm and dove at the site Kihaadufaru Thila, assisted of course by Virgilio and Jessica. The visibility was not very good but after the first few meters, colorful coral structures appear, surrounded by myriads of fish of many different species. Our attention is especially attracted by some orange anemones, among whose tentacles clown fishes swim jerkily, and by a school of hundreds of yellow snappers drawing iridescent plastic figures into the blue with their synchronous and harmonic movement. During the decompression stop, a small turtle cruises not far away, as if to welcome us into its kingdom.

Though, it is clear that our greatest desire is to see the famous manta rays that concentrate at Hanifaru Bay. It is a marine protected area located near an uninhabited island that looks like a natural bay, known among locals as Vandhumaafaru Adi and among divers as the Aquarium, which also serves as a nursery for these large inhabitants of the sea. Due to the exceptional nature of this site from a biological point of view, the underwater excursions are subject to specific rules, with heavy fines for those who transgress: you can visit it only every other day, at certain set times, and for a period of time not longer than fifty minutes / an hour. Diving with cylinders it is not allowed since the air bubbles would disturb the manta rays and is not even allowed to use flashes when taking photographs. The show appearing to our eyes after a few minutes of fin-swimming is outstanding and justifies alone the whole trip. At first, we just see indefinite black shadows. Then, approaching, several manta rays with their black mantle and white abdomen take shape, their large mouths open to filter the water and fins moving rhythmically, harmonically, like weird birds wings. They pass nearby, then go away to return shortly after. There’s some isolated specimen, but they are mostly in groups of three, five, eight, even fifteen, twenty specimens advancing in single file forming long undulating ribbons. Some make somersaults, drawing perfect circles in the water; others pass so close to us that we have to pull up our legs for not touching them! At the end of the time available to us, we have counted nearly a hundred mantas, and once back on the dhoni we re-experience the strong emotions, each one telling the others about the moments just lived in this miraculous lagoon! 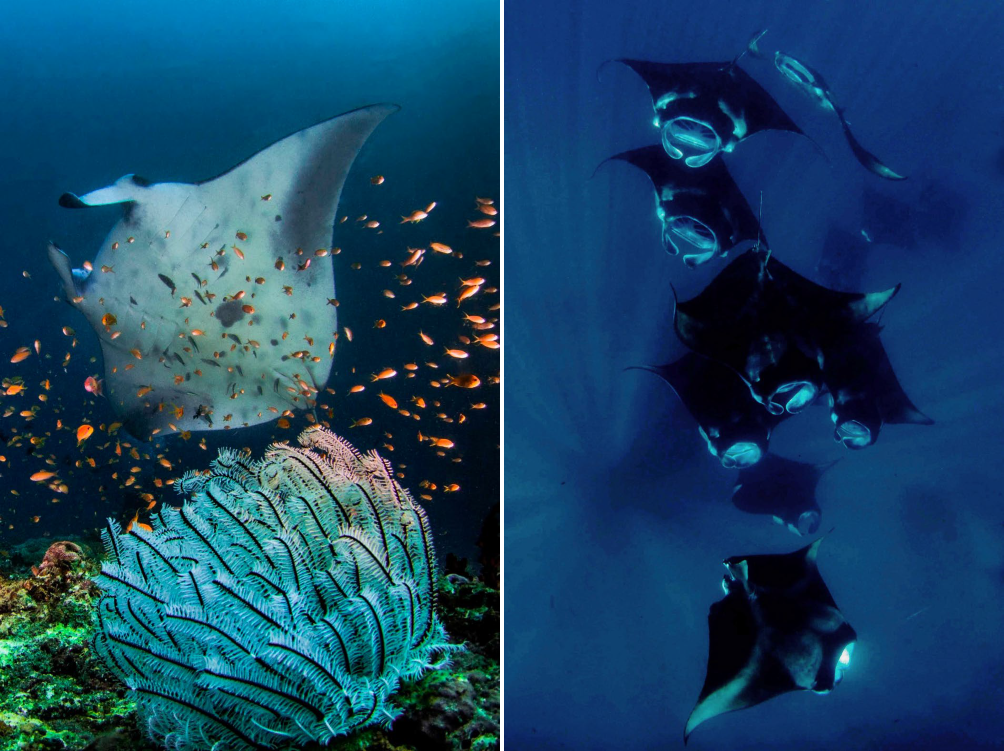 Our encounters with manta rays, though, do not end at Hanifaru Bay. In fact, Virgilio and Jessica led us more than a few times to dive at Hanifaru Gaa site, a shoal that soon become “mythical” to us, with its top at twenty meters deep and serving also as a cleaning station for manta rays. You just have to be lucky because their sighting is not certain. These days, apparently, luck is on our side because shortly after we reached the top of the shoal these wonderful huge behemoths appear, hovering majestic on the reef with regular, slow movements, giving us the opportunity to photograph them with some comfort, although we would have preferred a clearer water and therefore better visibility. The top is teeming with small colorful fish, sea fans and white crinoids. I stop behind one of them and wait for the moment when I can “catch” through my camera the crinoid in the foreground and the manta behind it. Operation that succeeds after several minutes of waiting. Unfortunately, the time on the reef passes quickly and we accumulate decompression even for a dive just over twenty meters deep, but it is absolutely worth it! We met other mantas in Vaadhoo Corner, Bodu Gaa and Dharavandhoo Corner sites. In the latter, while Marco and I were photographing a nurse shark resting on the sand, a big manta came to swim right over our heads, so that we found a way to prolong the dive that was coming to an end for about ten minutes more. Wonderful dives are also those at Kihaad Thila, where at about twenty meters deep we met a fantastic school of several large batfish (platax teira), for which a bagarre unleashed between us photographers in order of being able to make good shots but without finding, at the end, a buddy’s fin or arm inside the frame; Nelivaru Thila, where there is a coral tower literally enveloped by a cloud of glass-fish; Dharavandhoo Thila, site inhabited by a large and photogenic leopard moray eel (gymnothorax favogineus) and Bodu Thila, where you can admire a beautiful and rare variety of bright yellow gorgonian. We couldn’t miss a series of night dives at Dhonfanu Reef, along whose walls was easy to meet shrimps with brown and white stripes (stenophus hispidus), various species of colorful parrotfishes in their curious nocturnal stillness, file fishes, box and porcupine fishes, white and yellow eels brown striped (gymnothorax fimbriatus) and big red hairy hermit crabs (dardanus megistos). Unfortunately, I had to stop diving a day before the end of our stay in Dharavandhoo because during a dive to Digali Haa, while I was shooting a porcupine fish, a mischievous bandit moray eel (gymnothorax breedeni) bit my left thumb which I had to medicate with twelve stitches. Despite the incident, I was delighted to these wonderful Maldivian days that, thanks to the excellent company and the valuable support of Dharavandhoo Divers center by Virgilio and Jessica, have been truly unforgettable.

WORDS and PICTURES by Alberto Gallucci 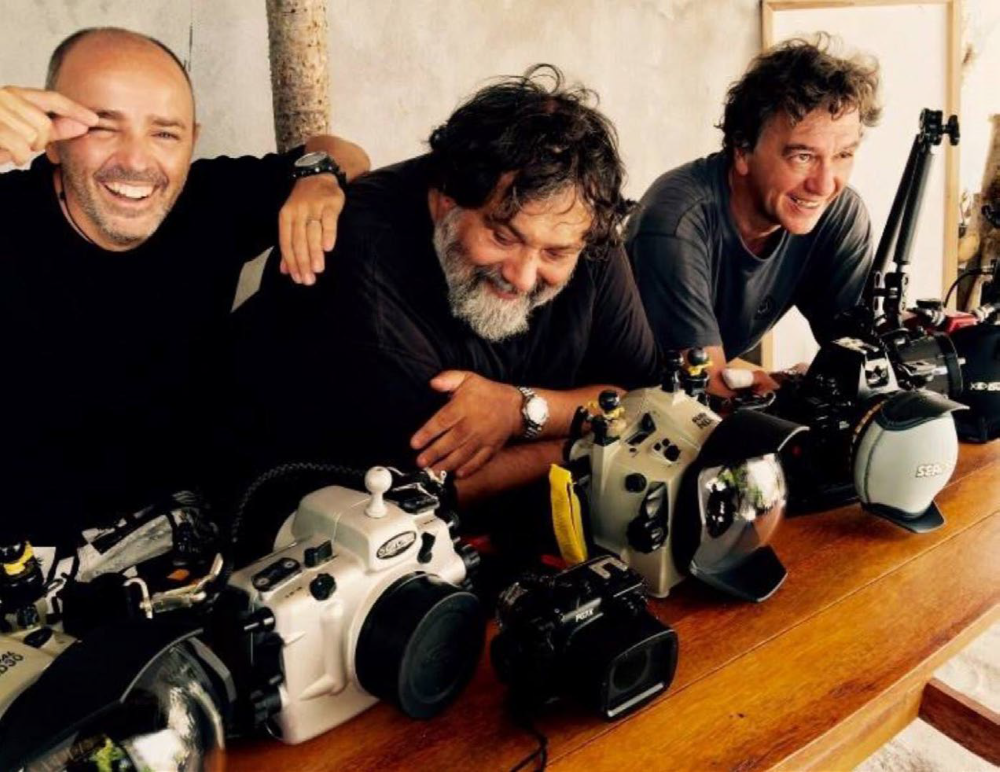