Samran Pinnacle Diving in the Gulf of Thailand 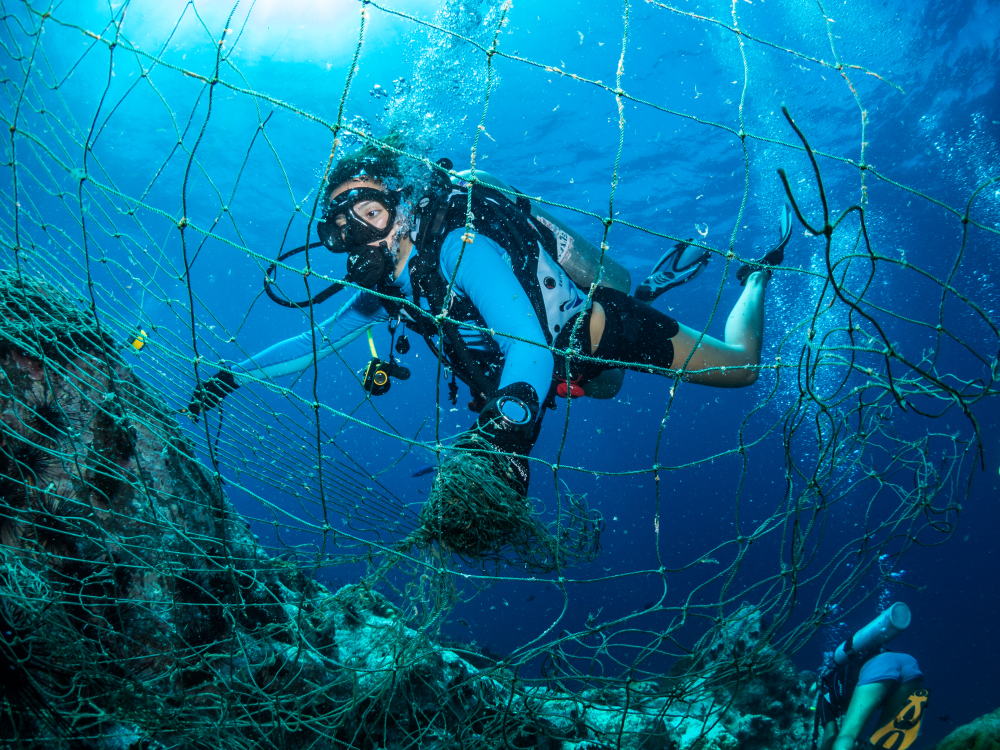 Like most places we love to dive there is the usual schedule and rounds of dive sites to get through. However, sometimes on the boat or at the bar we hear tell of the undived, less dived, new or even rumoureddive sites. Having been resident in the Gulf of Thailand for well over a decade I’ve been lucky enough to dive my fair share of the local rarities, oddities and newbies. Possibly one of the most rewarding of these and reasonably easily located is Samran Pinnacle between Koh Pha Ngan and Koh Tao.

Samran is very similar in many ways to its sister site Sail Rock which lies 11Km south east and is one of the most visited and famous dives in the Gulf. The principle geographical difference between the two is that Samran is actually a small series of submerged pinnacles the shallowest of which starts at 14m. This is a feature that is both a blessing and a curse.

For most of the local dive schools running trips for DSD’s (“discover scuba diving” is a one day experience program offered by PADI), entry level diver training and certified divers Samran is just too demanding a dive. It’s not just the depth to the site that limits assess but exposure to currents with no place to hide as well as no permanent moorings to make safely controlled ascents and descents with inexperienced divers. So, most schools just don’t go or cannot manage to find a way to fit it into their schedules.

As divers, we have a real blessing in Samran. A site rarely dived and when it is in very small numbers. Epic topography and many separate pinnacles to explore across various depths. Amongst the most varied marine life the can be found in the Gulf of Thailand from Whales Shark to super macro nudibranchs. Large schools of barracuda, snapper and scad between pinnacles covered in corals, sponges, clams and anemones. Not to mention the fact that as it’s so rarely dived the marine life is much less cautious of divers leading to close encounters with epic residents such a Malabar and Brown Marbled grouper.

So where is the problem? All sounds too good to be true, right? Accessible, uncluttered, rarely dived and abundant marine life! Unfortunately,and frustratingly predictable,the curse of Samran is commercial fishing. A wholly global problem. Maybe if the site were used more recreationally, fitted with a permanent mooring or even given MPA (Marine Protected Area) status the fishing fleets that ply the Gulf of Thailand would stay away. The fishing boats often work in pairs trawling in various forms for hours blindly catching whatever is unfortunate enough to fall into their nets. Inevitably sometimes the boats run over Samran and their nets become terminally entangled and embedded in the reef making recovery impossible. At huge financial loss, the boats are forced to cut the nets loose and leave them abandoned.

What you willfind on first decent onto Samran is a host of massive Ghost Nets suspended between the pinnacles closest to the surface. These are crisscrossed several layers deep in some places and draped like a sheet over reef, rock and sponge. The nets continue down from about 14 meters in places to the bottom at 30 meters where they spread over the bottom. There are also some very large commercial fish traps that have been abandoned either stuck in the nets or wedged into the topography. None of this creates a very beautiful or inspiring first impression for the recreational diver and is another reason the local dive schools stay away.

Over the years I have been involved in many attempts to clean up Samran undertaken by various stakeholders in the local diving community. Some more successful than others and some unfortunately doing more damage than good. The problem is that some of the net has been there for so long it has become part of the reef. Literally overgrown by corals and sponges and any attempt to remove this will cause damage to this new reef growth. The nets in some places have become so encrusted with hydroids that there is an abundance of certain nudibranchs feasting on them so removing them also means removing marine life. All too often and with the best of intentions the net is just ripped from the reef causing untold damage and also creating many potentially dangerous situations for the diver. A proven and successful approach to net removal is to carefully cut away with scissors and clippers small sections at a time. The idea being to make any remaining embedded net safe for marine life and preventing itfrom causing more damage to the reef or continuing totrap fish. A skilled, long and potentially hazardous task.

WORDS and PICTURES by Stefan Follows